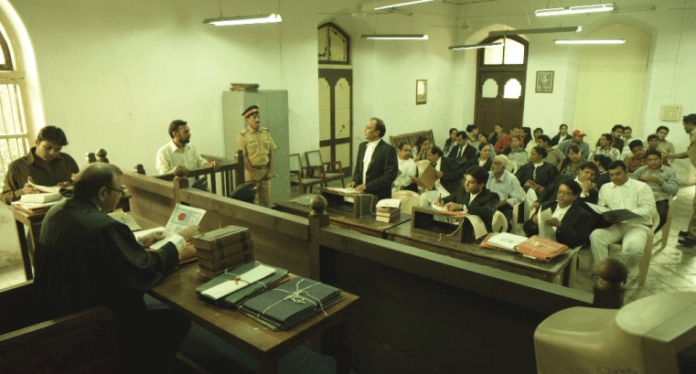 In the year 2018, six people were convicted for rape and murder of an 8 year old nomadic girl in Kathua village, Jammu and Kashmir. As per the charge sheet filed, it was revealed that the eight-year-old girl belonging to the Gujjar Bakarwal community SIT, was kidnapped on January 10 and allegedly raped in captivity in a small village in the Kathua district and was then kept sedated for four days, before she was mercilessly killed. It was also suspected that behind the abduction, rape and killing of a nomadic girl, there was a bigger idea and a carefully planned strategy to remove the minority nomadic community from the area.

“The perpetrators of this crime have acted in such a manner as if there is a ‘law of jungle’ prevalent in the society,” the judge had said in the verdict.

Earlier this year in June, a court in Pathankot awarded life imprisonment till last breath to Sanji Ram, who was identified as the mastermind and caretaker of the ‘devasthanam’ (temple) the place where the gruesome incident took place in January last year. Apart from Sanji, one Deepak Khajuria, a special police officer, and Parvesh Kumar, a civilian were also convicted for the gang-rape and murder of the minor.

Another suspects were Vishal Jangotra, the son of Sanji and one another juvenile, identified as the nephew of Ram. While Jangotra was acquitted, Ram was tried at a juvenile court. However, there is speculation that both the acquittal of Jabgotra and the ‘juvenile’ status of the nephew will be challenged in appeal by the Jammu & Kashmir Police.

The convictions were awarded under the provisions of the Ranbir Penal Code (RPC) for crimes relating to murder, criminal conspiracy, gang-rape, kidnapping, destruction of evidence, drugging the victim and common intention. The trial was shifted to Pathankot in Punjab, following an order of the Supreme Court, given that few lawyers in Kathua were attempting to prevent the submission of the charge sheet in court.

FIR against all members of the SIT:

In a dramatic turn out of events, yesterday, after four months of these six accused being convicted, a court has directed the police on Tuesday to register an FIR against six members of the Special Investigation Team (SIT), which probed the case, for allegedly torturing and coercing witnesses to give false statements.

The decision came from the court of Judicial Magistrate Prem Sagar. He directed the Senior Superintendent of Police (SSP) of Jammu on an application by three witnesses in the case- namely Sachin Sharma, Neeraj Sharma and Sahil Sharma, saying cognizable offences are made out against the six members of the SIT. 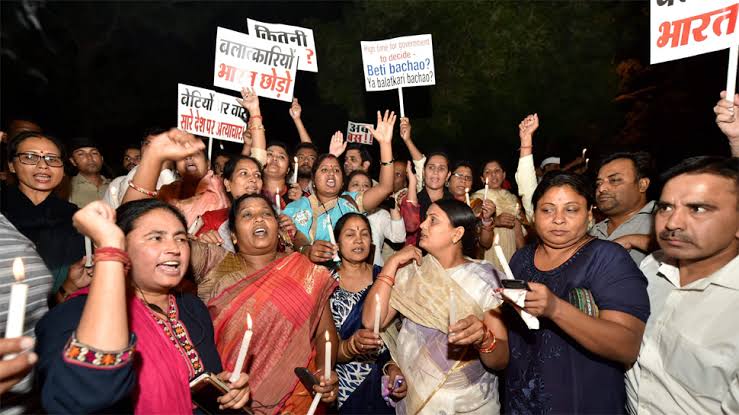 The court directed registration of FIR against the then members of the SIT which comprises of then SSP R K Jalla (now retired), then Additional Superintendent of Police [ASP] Peerzada Naveed, then Deputy Superintendents of Police [DSP] Shetmbari Sharma and Nissar Hussain, Sub-Inspector [SI] Urfan Wani and Kewal Kishore of crime branch of police. Furthermore, the court has asked the presently serving SSP (Jammu) to report compliance by next date of hearing which is set on November 11.

Appearing for the applicants, Advocate Ankur Sharma submitted an application under Section 153(3) of CrPC. To which the court remarked that the complaint discloses a cognizable offence against the non-applicants. Therefore, the court allowed the application of the applicants under section 153(3) of the Criminal Procedure Code along with a direction to the SSP of Jammu to initiate the registration of an FIR against the non-applicants under the concerned provisions of law. Moreover, the court has also sought a compliance report by the next date of hearing which is set on November 11.

After shifting of the trial to Pathankot in Punjab, following the direction of the Supreme Court, earlier this year in June the judgment was pronounced. District and Sessions Judge Tejwinder Singh sentenced the three main accused to life imprisonment, while awarding five years in jail to three others for destruction of evidence in the gruesome case of rape and murder. After the case gained momentum, the Bhartiya Janta Party sacked two of its state ministers- namely Chowdhury Lal Singh and Chander Prakash Ganga, for their participation in a rally which was held in support of the accused. Day-to-day in-camera trial in the case was held for a year in the said case, as per the provisions of the POCSO Act.

Witnesses were coerced or forced by members of SIT:

The allegation which has led to the court order reveals that the applicants were coerced/tortured/forced by applicants (member of the SIT) to give false evidence against accused Vishal Jangotra. This has resulted in seeking of an FIR against the said members of the SIT. Sources from the Jammu and Kashmir Police have stated that they are ‘shocked at the order’ and will try to seek a reversal of the same by filing an appeal, if a need arises by approaching the concerned High Court.

In detail, the complaint laying down the allegation on the members of the SIT were filed before the Station Head Officer [SHO] of Pacca Danga police station in Jammu on September 24, 2019. The complaint in its original nature was seeking registration of FIR under section 194 of the IPC which relates to the offence of giving or fabricating false evidence with intent to procure conviction of capital offence and other relevant provisions of the law against the members of the SIT.

The basic grounds seeking for the registration of FIR against the members of the SIT was that they forced/tortured/coerced Sachin Sharma and Neeraj Sharma from Kathua district and Sahil Sharma from adjacent Samba to depose against the accused Vishal Jangotra and create false evidence against him.

Vishal Jangotra is the son of the temple owner and chief conspirator Sanji Ram. Jangotra was acquitted but all the other suspects of all conspirators were found guilty. Jangotra was acquitted on the basis of his alibi proved by providing CCTV camera footage. The case had a massive fallout with politics over it peaking with communally sensitive reactions coming in from Jammu and Kashmir. However, after the acquittal of Jangotra, the same was challenged by both the deceased girl’s parent as well as the J & K Police.

After the news broke, a senior officer, defending the SIT remarked:

“During the trial, Pathankot court had sought information from Jammu court asking whether, all witnesses who had given a statement under section 164, before it, were not under duress.”

There has been widespread speculation alleging that how it is possible that the statement of the same set of witnesses has led to the conviction of six of the seven defendants, only Jangotra was acquitted. They have argued against the witness statements based on which six convictions were made be called coerced or forced in any manner.

Touched at being called the daughter of Assam: Murmu in 2022

A Never-Ending Debate – Books or Movies?

Negative Effects of Divorce on Children every Parents Should Know 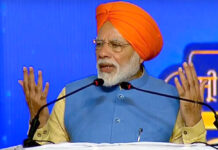 The first batch of 550 pilgrims leave from Kartarpur corridor, Modi...

‘I have kissed a boy in the past’: Ayushman Khuranna’s bold... 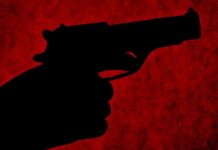