After the Central Bureau of Investigation [CBI] filed an FIR against a Mumbai based businessman, three separate ordered were passed by the Union Ministry of Home Affairs allowing to intercept phone calls of the petitioner businessman. The FIR mainly alleged that the 54 year-old businessman was involved in bribing an official of a public bank sector. As per the complaint set out by the CBI, in the petition, the businessman had offered a bribe of Rs. 10 lakh to a bank official in exchange of a credit-related favour. On the question of intercepting his past phone records, the same was allowed via three orders in 2009, 2010 and 2011.

However, in a recent turnout of even the Bombay High Court has granted relief to the businessman and quashed the three above-mentioned orders. The case is ongoing before a division bench of the Bombay High Court comprising of Justice Ranjit More and Justice N.M. Jamdar. The bench had ordered the CBI to destroy all the copies of the said call recording of the businessman. 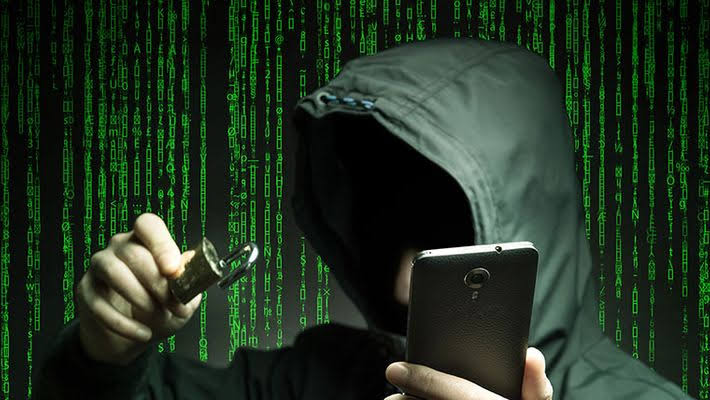 Violating the provisions of the Indian Telegraph Act, says petitioners.

The businessman-petitioner had moved the Bombay High Court seeking relief in this regard. He contended that the said act of the CBI in lieu of the orders passed by the Union Ministry of Home Affairs is ultra vires to the provisions of the Telegraph Act, 1885. It clearlu suggested that the act is in contravention to the rules framed under the act and specifically Section 5(2). This provision of the Indian Telegraph Act states that such an interception can only taken place if the matter involves a case of public emergency, or in the interest of public safety. Moreover, the petitioners also contended that the move of the CBI is in violation of his fundamental rights enshrined under Part III of the Constitution.

The petitioners were represented by Senior advocate Vikram Nankani and Sanjay Kantawalla. Their main argument was based on the judgment passed in an apex court’s judgment in the landmark case of People’s Union for Civil Liberties v. Union of Inida (1997) and a recent 2017 pronouncement in the case of K.S. Puttuswamy v. Union of India. In the PUCL case it was stated that:

“Telephone-conversation is a part of modern man’s life. It is considered so important that more and more people are carrying mobile telephone instruments in their pockets. Telephone conversation is an important facet of a man’s private life. Right to privacy would certainly include telephoneconversation in the privacy of one’s home or office. Telephone-tapping would, thus, infract Article 21 of the Constitution of India unless it is permitted under the procedure established by law.”

This ration was argued by the petitioner and also relied by the judgment while granting relief to the petitioner.  Nankani, appearing on behalf of the petitioners argued that the intercepted private telephonic recordings of the businessman was illegal. Also, any evidence collected on the basis of these recordings should not be brought on record as the same was obtained through illegal means.

The ratio laid in the case of People’s Union for Civil Liberties v. Union of Inida (1997) was further once again affirmed by the Supreme Court in the K.S. Puttuswamy case. These cases laid down a test in such matters, so as to ensure that the right to privacy of an individual is not infringed upon in any manner. An important aspect of the test is to employ the principle of proportionality and legitimacy. The discretion of the state in this matter is limited by the following considerations, to be kept in mind. First, the action infringing upon the fundamental right of an individual must be sanctioned by law. Second, the proposed action in question must serve a legitimate aim and also must be necessary in a democratic society to achieve that legitimate aim. Third, the extent of intereference into one’s privacy caused by such act must be proportionate to the need for such an interference. There must be a balance with neither side outweighing the other. Lastly, there must be procedural guarantees in place against abuse of such an interference.

In the present matter, judgment was delivered was Justice More. He said, that as per the provision laid down in Section 5(2) of the Indian Telegraph Act, 1885 an order for interception of the personal calls of an individual can only be allowed if there ‘the occurrence of any public emergency or in the interest of public safety’. The judgment said that the earlier three orders, allowing for such an interception were issued ‘allegedly for the reason of public safety’. The judgment placed reliance on the ration laid in the PUCL case, saying that there has to be the occurrence of a public emergency or must involve the interest of public safety for allowing such an action. In the absence of public emergency and public safety, the authorities have no right or jurisdiction to exercise the power as laid down in the said section.

Furthermore, the court also detailed as to what will amount to ‘public safety’. It said, as per the ration in the PUCL judgment, the term ‘public safety’ refers to the state or condition of freedom from danger or risk for the people at large. Therefore, in order to satisfy the public safety test any action must satisfy two conditions, which if not in existence, it is impermissible to restore to such an action of tapping private telephonic records.

Therefore, based on these observations the courts quashed the interception order. It further observed that:

“To declare that dehors the fundamental rights, in the administration of criminal law, the ends would justify the means would amount to declaring the Government authorities may violate any directions of the Supreme Court or mandatory statutory rules in order to secure evidence against the citizens. It would lead to manifest arbitrariness and would promote the scant regard to the procedure and fundamental rights of the citizens, and law laid down by the Apex Court.”

In arriving to the said decision, apart from the two above-mentioned decisions, the ration laid in the case of R.M.Malkani v. State of Maharashtra was also referred to.

Ayush Sharma Shared the First Ever Photos of Little Ayat Along...

Gangster Vikas Dubey arrested in MP; 2 aides killed in UP

HC raps govt for not allowing those aged above 65 on...

Supreme Court Coordinator of NRC in Assam to be transferred