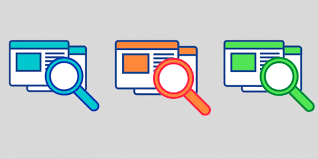 After the first round of discussion for regulating the online video content, the information and broadcasting (I&B) ministry will now be holding its second round of consultation on the agenda in Chennai this week.

The issue is regarding the content that these online video streaming application or website, and now even the industry pushes back on possible censorship.

The first round of consultation took place in October in Mumbai and was attended by the top online curated content providers. It included Amazon, Netflix, Hotstar and also the Internet and Mobile Association of India (IAMAI)

It is contended by people who are aware of concern said that these online video apps and website are from private use only and is not similar to the traditional mediums like cinema or tv where the content are broadcasted publicly. The existing laws are enough to regulate the content and for taking legal actions when necessary against the online content, including the Information Technology Act.

Gowree Gokhale, who is the head of Telecom, Media and Technology practice in Nishith Desai Associates said, “We should publish a list of all the laws that apply to OCCP platforms so that there is no is the perception that OCCPs are not regulated,”. He further added, “Basically, we have to decide the best way forward, because what are we going to reply to all those PILs?”

Many people who are working in this sector are of the view that rather than having new legislation to regulate online video their can pre-warning, certification and parental control. A spokesperson said that it should be assured that there is a description of the content, age rating and an age gating, i.e., parental control to protect children and other citizens. To bring a uniformity in the broadcasting work, introducing new laws should be avoided.

Even after the formation of a self-regulatory code earlier this year by the industry that disallowed the streaming of certain types of content, a considerable number of PIL has been filed in various courts demanding stricter control of the contents that are available on these online video platforms.

The ruling BJP’s ideology parent, The Rashtriya Swayamsevak Sangh (RSS), wants that anti-national and anti-Hindu content should now be shown on the platform.

The self-regulatory code that was introduced has not proved to be strong enough to ease the worries of lawmakers. Amazon Prime Video does not follow this self-regulatory code and the participant of this platform are finding it difficult to run because the competitors such as Hotstar are advocating for an adjudicatory process to rule on content that violates the code.

A senior associate in Ikigai Law, Tanya Sadana is also against the idea of having a new regulation for such a platform. She adds, “Most industry players want self-regulation or no regulation.” She further said that the real difficulty in implementing an adjudicatory process is that different platform has different political sensitivities, and hence this issue is not getting solved.

‘Fear this might be Federer’s last match at Australian Open’: Harsha...