Amidst the downturn of the steel industry globally, Lakshmi Mittal’s ArcelorMittal’s South Africa unit is going to shut down. Saldanha plant in South Africa was seen to be suffering a financial loss because of the regulated prices and raw materials, because of this, it was observed that the said plant is losing out its competitive cost advantage to compete in the export market.

As a result, around 1000 workers will be losing their job. This came after the company performed a strategic operations review and found out that the Saldanha unit is running in loss. In a statement made by the company, it said, that the decision to close down the Saldanha unit was not a one-day decision.

It came only after a constructive discussion with the key managerial people, government, stakeholders and the organised labour. The discussion revolved around to find a plausible solution to protect the Saldanha unit from being shut down.

ArcelorMittal is one of the world’s leading steel and mining company and running its business in 60 countries and has an industrial base in 18 countries.

The company is owned by Lakshmi Mittal, who is a Global steel magnate. After the government of South Africa was informed about the shutdown, they expressed their disappointment and seemed not to like the idea.

The Trade and Industry department said, “This comes despite significant efforts by Government and public agencies to provide additional support to ArcelorMittal over the past few months and to ensure a solution which would result in the elimination of job losses across the company and the continuation of the Saldanha Works”.

Last year, Lakshmi Mittal himself went to talk to the senior officials at ArcelorMittal in South Africa when they planned to reduce the working at Vanderbijlpark, as this would be having a adverse affect in the sustenance and living of the majority of people in the town as all were depended on the company for employment.

Even Ebrahim Patel who is the minister of Trade and Industry went their meet the management and discussed the possible options to avoid the closure of the plant as the close of ArcelorMittal South Africa’s plant would affect jobs of the workers.

Patel added that they recognise the issue that the Steel Industry in India is facing and if no viable option is found. The company does not reach a possible solution, then it should consider selling the company to someone so that there is no loss to the industrial capacity and workers and people are not displaced.

As per the Report, in the July-September, 2019 quarter ArcelorMittal had a loss of around USD 539 million, and its sales declined to USD 16,634 million. Last year at the same period that the sale of the company was USD 18,522 million.

To avoid the retrenchment of the employee and closer of the unit’s various steps were taken at Saldanha, which includes reducing the logistics costs and energy of the company. Additionally, the concessional price for the South Africa unit AMSA from Kumba, which supplies ore to the unit. Amid coronavirus fear Sturm und Drang in the market: Hygiene and...

Here is what is wrong with the Transgender Bill, 2019

Bill Gates again the world’s richest after 2 years, net worth... 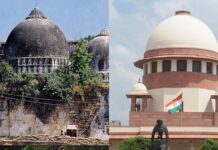 Ayodhya case: accusations of Muslim parties, only questions being asked from...

Measures other than fiscal pump needed for economy