BJP MP from Bhopal Sadhvi Pragya Thakur apologized twice in Lok Sabha on Friday for calling Nathuram Godse a patriot. Opposition parties protested after Pragya’s first apology at 12:30 pm in Parliament. After this, Speaker Om Birla called an all party meeting. Pragya then apologized for the second time in Lok Sabha at 2:30 pm. She said, “I did not call Nathuram Godse a patriot in the Parliament on 27 November. I didn’t even name him. “

Apologizing for the first time, Pragya said that my statement was distorted. It is condemnable. I respect Mahatma Gandhi and his works in the national interest. An MP called me a terrorist, while no charges against me have been proved. As a woman it is humiliating. If anyone is hurt by my statements, I apologize while expressing regret. I have been a victim of political conspiracy. I was physically and mentally tortured.

Congress MPs created a ruckus during Pragya’s statement and shouted slogans of Mahatma Gandhi Amar Rahe. They were demanding an unconditional apology. Earlier, Lok Sabha Speaker Om Birla rejected the UPA’s proposal to ban Pragya.
BJP MP Nishikant Dubey said, “Rahul Gandhi called the woman MP a terrorist. This is worse than the assassination of Mahatma Gandhi. Therefore, the House should bring a motion for breach of privilege against Rahul Gandhi. The Congress formed the government with the Shiv Sena in Maharashtra. Shiv Sena also called Godse a patriot in the article of Saamna. Congress can go to any extent in power and greed. ”Rahul said that I have made my position clear, do what you have to do.
In fact, Congress leader Rahul Gandhi on Thursday tweeted about Pragya’s statement, “Terrorist Pragya is calling terrorist Godse a patriot. This is the darkest day in the history of the Indian Parliament. “

‘House does not allow the glory of Gandhi’s killer’

The Lok Sabha Speaker said, “Not only India, the whole world runs on the principle of Mahatma Gandhi. We should not politicize this issue. If we continue it, the whole world will see it. That is why I removed the disputed comment from the proceedings. Nowhere does the House allow the glorification of Mahatma Gandhi’s killer. The defense minister has spoken on behalf of the government. The MP (Pragya Thakur) has also apologized. ”

See also  ICICI Bank to raise up to Rs 15,000 crore to bolster capital base

On Thursday, the opposition created a ruckus in both houses of Parliament on Pragya’s statement. After this, Pragya clarified on Twitter that she had commented for revolutionary Udham Singh, not Godse. BJP executive president JP Nadda also condemned the statement and demanded a reply from Pragya. Nadda had said, “The BJP never supports such statements and ideology. We have decided that she will be removed from the Parliamentary Committee on Defense. She will not be allowed to attend the Parliamentary Party meeting in this session. ”

Pragya on Wednesday, DMK leader A.M. During Raja’s statement, Nathuram Godse, the killer of Mahatma Gandhi, was described as a patriot. The leaders of the opposition parties objected to this statement. Actually, A. Raja of DMK read a statement of Godse in the House, in which he explained why Godse killed Mahatma Gandhi. On this, Pragya Thakur interrupted him and said that you cannot give an example of a ‘patriot’.

Then the Raja said- Godse himself had admitted that he had not agreed with Gandhiji for 32 years. It was only after this that he plot to assassinate him. During the Lok Sabha election campaign, MP Pragya Thakur called Nathuram Godse a patriot. A dispute arose after this. Prime Minister Narendra Modi said in an interview that he will never be able to forgive MP Thakur heartily for his statement on Mahatma Gandhi.

Opposition parties can raise the issue of custody of Kashmiri leaders and the Citizenship Amendment Bill today. Congress leader Adhir Ranjan Chaudhary gave notice of adjournment motion in Lok Sabha regarding Chinese occupation of LAC in Arunachal Pradesh. DMK MPs staged a protest in the Parliament complex demanding Farooq Abdullah and other Kashmiri leaders be released from house arrest. Congress parliamentarians from the Northeast and MPs from the Naga People’s Front demonstrated placards near the Gandhi statue on the issue of citizenship bill. They are demanding the government to withdraw this bill. The Rajya Sabha passed the Chit Funds (Amendment) Bill 2019 by voice vote on Thursday. This bill has passed in the Lok Sabha only on 20 November. The amended Chit Fund Act will come into force after the President’s signature.

Coronavirus in Mumbai: BEST, railway and metro services may be shut...

Lord of Light? PM Modi’s strikes a pose as he lights...

Press Council of India issues notice to The Telegraph for derogatory... 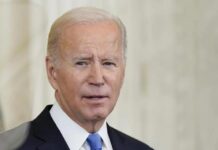 US starts fiscal year with record $31 trillion in debt 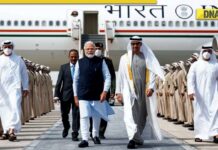 Why Is India Still A Developing Country?

‘Vajpayee and Modi are more popular among Bengalis & the nation...