Celebrities don’t always have it easy. Their sitting on the throne of your hearts comes with a lot of pressure and responsibilities. Sometimes they have to over-shadow their emotions for the sake of work commitments and some times they feel too much pressurized by the status they hold.

Deepika Padukone opened up about her depression after breaking up with Ranbir Kapoor. She took the opportunity to let the world know how she felt when people were just assuming things about her. Because of her opening up and setting up a foundation LiveLoveLaugh, many other celebrities have also opened up about the struggles that they have to face on a daily basis because of their affected mental health.

There was a healthy discussion about Mental HeaBollywood. Mental health was given importance when suicides began to happen because of the struggle with depression. Celebrities began to open up with their struggles so that other people who look up to them will find some courage and speak up their worries and struggles with the same.

One of the celebrities to open up about her struggle with depression and suicidal thoughts is Shaheen Bhatt. Alia Bhatt’s elder sister, who is an avid speaker on the matters related to mental well-being.

Alia Bhatt has always come out as a protective sister for elder sister Shaheen Bhatt, and one such example is the sister’s presence ay We The Women event curated by Barkha Dutt in Mumbai. Shaheen Bhatt’s book “I’ve never been (UN) Happier” is out as a hard copy and people from the industry have been very appreciative of Shaheen coming out and talking about her struggle with mental health.

At the conference hosted by Barkha Dutt, Alia Bhatt expressed her sadness and guilt that she couldn’t understand her sister even when she lived with her every moment. She called herself a”terrible sister” and broke down in front of the audience. The two sisters share a very close and warm bond. They both have different personalities, but their love for each other is incomparable.

See also  I am sorry on her behalf: Anima on Develoeena Bhattacharjee calling Siddharth Shukla “Psycho”

Shaheen Bhatt opened up about dealing with depression when Kate Spade and Anthony Bourdain ended their lives because of depression. Shaheen wrote her own experiences with depression in a new essay for Vogue India. In that essay, Shaheen explained that every time she sees or hears someone dying because of the struggles with mental illness, all she can think about is the fact that it could have been here instead of them.

Bhatt detailed that she started to show signs of depression at the age of 12 and she had to battle her self out from the suicidal thoughts on some days. She said, ‘Depression is everywhere, and still it is nowhere.” According to Shaheen, talking or addressing something related to Mental Illness is still a taboo in our society that we just want to either talk about it in hushed tones or whisper about it.

At the conference, Shaheen explained that it’d been 20 years now, for her depression is chronic. She also mentioned that the feeling of suicide hadn’t been there in a long time. It has been a long time since those thoughts and feelings came back. Shaheen also revealed that she attempted to take her life when she was 17-18 years old. But now depression is her quite reasonable.

Alia Bhatt broke down while talking about sister’s book and reliving every moment they’ve spent from Shaheen’s point of view. She was disheartened by the fact that she couldn’t understand her sister’s pain. Alia added, ‘I have only believed that she is the most brilliant person in my family. To some extent, she has never believed that about her self, but that always broke my heart. I was sensitive, but I feel guilty for not understanding as much as I should have.”

See also  I was obsessed with my weight. I would start fretting and fuming if I gained even a kilo: Nia Sharma.

The Kalank actress mentioned that she feels proud overwhelmed and broken at the same time. The tsunami of emotions hit Alia because she realized that living with Shaheen for 26 years she couldn’t figure out what was she going through all this while. After Alia Bhatt read Shaheen’s book, she understood what her sister going through all this while was.

The Raazi actress who was at the conference to support her sister and while talking about it, she broke down. She further stated that the only reason I didn’t want to cry was that then this whole scenario will be “Alia sheds a tear.” But this isn’t about me today. I don’t want to become the focus, but I’m sorry I can’t help but cry. I love her so much, with all the muscle and cell in my body.”

Sometime back in March, Alia opened up about her being anxious all the time. She stated that she hasn’t been depressed but had bouts of anxiety that comes and goes. It’s nothing like an anxiety attack, but she feels low st some point in her life. She mentioned that she spoke to Ayan Mukerji and Rohan Joshi about this and they told her that you’ve got to realize that it will go away. What’s important is to accept it and not say that you’re beautiful when you’re not okay.

The response, love, and compassion Shaheen received after opening up with her struggles encouraged her to take her mental health awareness agenda further and her efforts on the subject and paved the way for Here Comes The Sun. As a supportive sister, Alia posted on her Instagram by saying that how proud she is of her sister and her project Here Comes The Sun Official. “You have taken something so personal and made it a symbol of strength and empathy. No one needs to be alone as they struggle with mental health, battling their fears and anxiety. Sometimes all you need to know that you’re not alone!!! I’m here a 100%.. to start the conversation, to raise awareness and to join you on this journey, EVERY step of the way @herecomesthesunofficial #WorldMentalHealthDay.” she added

Arjun Kapoor, who is quite active on social media, shared an Instagram story of a copy of the book. He captioned the image “@shaheenb thank you for your kind words. It truly makes me happy and proud knowing you have turned something everyone thought was a weakness into ur biggest strength & dared to share when most would shy away thinking what the world would think & say…big love and all the best with everything.” He also wrote, “[email protected] your sister is a biggish star..”

Arjun Kapoor is bust promoting his movie “Panipat” along Kriti Sanon that is ready to hit the theatres on 6th December 2019. Arjun Kapoor & Rakul Preet will be seen in an untitled film very soon.

Can a slum be called a tourist destination?

Nizamuddin Mosque Gathering: Why is Rajdeep Sardersai being trolled for calling...

SEBI extends deadline to file Q4 results till June 30 amid... 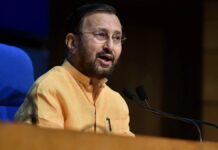 Curfew imposed across Kashmir ahead of first anniversary of revocation of...