Started his career as a dancer and choreographer in 1995, Kushal Punjabi was lauded as one of the top male Bollywood actors of his generation. He starred in several TV series and was also a part of Bollywood films including Kaal, Saalam-e-Ishq, Andaaz, etc. He was a part of some very successful TV shows like Kasam Se, Kkusum, Dekho Magar Pyaar Se, Fear Factor, Jhalak Dikhhla Ja, etc.

The actor was found hanging in his Mumbai apartment in Pali Hill on 27th December 2019 and according to the local police, they found a suicide note. The suicide note mentioned that the actor has left his half estate for his three-year-old son Kian and a half for his parents and sisters. His wife, Audrey Dolhen, a foreign national who works for a shipping firm in China, survives him. The note clearly states that no one is to be blamed for his demise.

The actor’s body has been kept at Cooper Hospital until his wife arrives from China on Saturday.

Actor Karanvir Bohra who happens to be Kushal’s close friend broke the news to social media where he posted his picture with a caption, ‘Ur demise has shocked the hell out of me.I’m still in denial @itsme_kushalpunjabi. I know you are in a happier place, but this is unfathomable. The way you lead your life inspired me in more ways than one….but what was I to know. Your zest for dancing, fitness, off-road biking, fatherhood and above all that, that smiling face of yours, your happy-go-lucky nature your warmth all that was such ingenuity. I’m gonna miss you so much #kushlani You will always be remembered sad a guy who lived a full life. #dancingdaddy #fit #lifeenthusiast #biker #smilingface #onelifeliveitright #restinpeace #omnamoshivaya.”

The reason for Kushal’s suicide is not yet disclosed but his close friends have mentioned the actor dealing with depression and were on anti-depressant pills. Another reason that came up while interviewing family and friends was the actor had a hair transplant surgery that went wrong. He was also facing some financial troubles, as he was not getting any work that eventually led to his stress in the marriage.

See also  Suicide - not an option, ever!

One of Kushal’s close friends Chetan Hansraj has mentioned that the actor was dealing with depression because of some marital issues. The actor mentioned that Kushal was not happy with the separation from his wife and he was exhausted with dealing with it. He often felt disturbed wasn’t able to focus on the work. Chetan stated that as a friend he had guided and suggested the 37-year-old actor to not focus on the negative aspects of the situations and move forward by looking at the brighter side. He also told Kushal that in this industry work is always going to be an issue and he should not let that hamper his life and specially mind.

Chetan explained that Kushal had texted him a couple of days before asking to catch up. Kushal’s parents got worried about his whereabouts as their calls went unanswered and reached out to Chetan for help. Chetan rushed to his apartment but it was already late by then and he isn’t able to come out of the imagery that he saw at his house. Chetan was very close to Kushal and he revealed that he is not ready to accept that Kushal is no more among them as he was a very strong and full of life person that left the world too soon.

The television industry took their social media accounts to pay their condolences to the actor’s family. Actors including Gauhar Khan, Gurmeet Choudhary, Karan Jotwani, Baba Sehgal, Meera Chopra, etc. expressed their grief of the actor passing away. Some of the actors commented and poured their tributes for the actor on Karanvir Bhora’s post.

The actor was last seen on the TV show, ‘Ishq Mein Marjawan’ which starred Arjun Bhijlani and Aalisha Panwar. The actor’s demise came as a shock to the co-actors just like everyone. During an interview, Aalisha mentioned that Kushal was very kind and always talked about his three-year-old son Kian and the bond between the two shares. She also mentioned that he was a gem of a person and always had a smile on his face. Kushal uses to crack jokes maintaining a positive and happy environment on the sets. Aalisha lastly mentioned about how much Kushal was passionate about adventures and fitness. ‘He spoke about adventure sports, biking and camping with such enthusiasm that it was just so much fun to listen to him. ‘

The demise of the actor comes as a shock to not only his family and friends but to the entire nation because a few months ago the actor during an interview sounded very optimistic and positive about life. He opened up about his career choices, being a stay home dad and how he’d found a way to be at peace with himself. Kushal mentioned, ‘My mindset was very different. I wanted to dance, perform, be on stage and act in TV shows, films, and web series. It was never about ki Mujhe hero Banna hai ya superstar banana hai. I just wanted to perform. My potential is still untapped. However, I have no regrets. Every step of the way, I have seen rejections and acceptance.’

He stated that he surely did felt that his career didn’t turn out to be the way he’d expected but it’s far more successful than a lot of people who were known more than him. The actor disclosed that he had written a film, directed a short film and was working on stage. He was positive about whatever was coming his way and amidst work, he made sure he spends as much time as he could with his son who lives in China with his wife.

Unfortunately, the industry has lost a positive soul to depression yet again. The focus of the people should be on how everyone should feel comfortable talking about their mental health rather than just moving on. If Kushal Punjabi had taken a professional help and focused on healing rather than being hard on him, he would have survived. Dealing with depression or any mental health isn’t easy but there has to be a start.

Actor Akshay Kumar also spoke about the same and mentioned that if you have problems, try to deal with it with a positive mindset and the right way rather than taking away your life. The actor has also revealed that he’d love to make a movie on what goes on a depressed mind so that people try not to make this a big deal and normalize that mental health is equally important like staying fit. 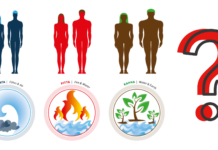 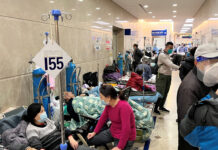 Coronavirus Update in India: No trains to run on Sunday, March...

‘Wouldn’t have a child outside marriage’: Neena Gupta on changing her... 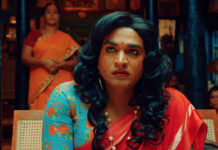 10 Indian Films We Hope Bollywood Does Not Remake 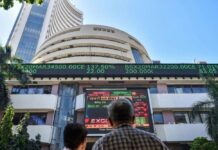 Alia Bhatt, Hrithik Roshan among 819 invited to join the Academy...