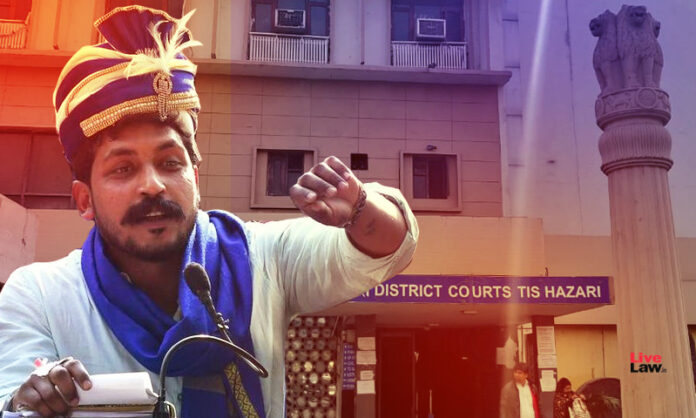 Bhim Army chief Chandra Shekhar Azad moved the session court for his bail application. Azad played a crucial role in mobilizing judge people in the anti-CAA-NRC protests at the gates of Jama Masjid at Darya Ganj. He managed to escape the police when they initially detained him but later surrendered apprehending violence.

Azad is a Dalit minority leader who has to lead some crucial social movements in the country, in the past. The case was posted before the Tis Hazari Additional Sessions Judge Dr. Kamini Lau.

The bail application was shabbily opposed by the Public Prosecutor. Their main allegations were that Azad had incited violence through his social media posts at Jama Masjid, Daryaganj. Mahmood Parcha was representing Azad in his bail plea. The prosecution began and the public prosecutor made references to the social media posts of the Bhim Army Chief.

However, when Parcha requested a copy, the public prosecutor denied sharing the posts. However, the presiding judge slammed the prosecutor and said that it is mandated to share the posts with the lawyer unless there is an arising claim of special privilege.

There is no indication of violence in the Facebook posts of Azad, says Court.

The public prosecutor then went ahead to read out some of the posts of the Azad, aiming to prove his involvement in the violence that took place later that day. The content of the posts pointed towards Azad’s call for protests and dharna near the gates of Jama Masjid opposing the government’s move to implement a nation-wide application of NRC and CAA.

“Where is the violence? What is wrong with any of these posts? Who says you cannot protest?. Have you read the constitution?”

She also went ahead to say that the public prosecutor was behaving as if Jama Masjid was Pakistan. She said that even if it were Pakistan, there is every right to protest by citizens of the country. Pakistan was a part of undivided India, she said. She further emphasized the right to protest and mentioned that none of the posts of Azad were unconstitutional.

In rebuttal to the observations made by the judge, the public prosecutor then rose the issue that the protest at Jama Masjid, Daryaganj from where Azad was arrested was organized without the permission of the police.

In response to the argument by the public prosecutor, the presiding judge noted that there was no need for permission. She also referred to a recent decision of the Supreme Court in the petition on Kashmir, saying that it has been amply repeated by the apex court that the use of Section 144 CrPC to curb protests is an abuse of power. She also said that Azad was not the only person at the protest, she has seen many people who were protesting even outside the Parliament, who go-ahead to become leaders and ministers in the future.

She referred to Azad as a ‘budding politician’ and said that he had every right to protest. She further asked the public prosecutor to point towards the law which prohibits or curtails the right to protest outside religious places. She further also demanded if there was any other evidence, apart from the Facebook posts suggesting that the Bhim Army Chief was involved in the violence that later took place in Darya Ganj. 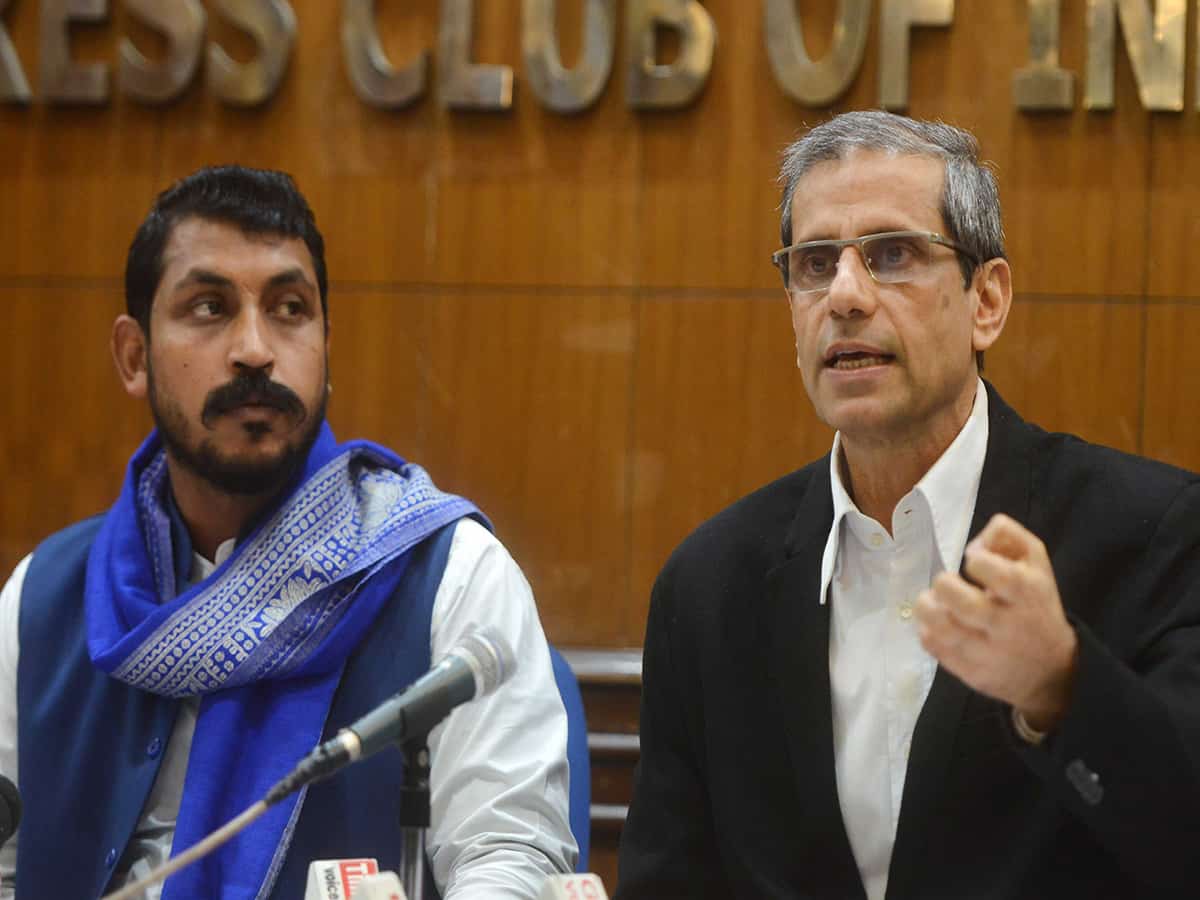 Arguments of Azad’s lawyer Pracha were that there was no case made out to arrest him, and that action was only to stifle dissent, given his active role in the nation-wide protests against CAA and NRC. In this instance, the public prosecutor mentioned that the Police have been able to collect evidence of the protest with the use of drone footage. He pointed towards incidents where Azad was giving ‘inflammatory speeches’ intending to incite the crowd to resort to violence.

To the said allegation, Parcha appearing for Azad deposed that the Bhim Army Chief was only reading the Constitution and voicing his views against CAA-NRC during the said dharna. The public prosecutor then pointed towards certain FIRs registered by the police of the state of Uttar Pradesh against Azad based on which he was arrested. However, he did not have a copy of the same and thus requested to adjourn the matter until tomorrow.

Before adjourning the said matter, the Judge remarked

“In the colonial era, the protests were out on the roads. But your protest can be legal, inside the courts. Inside the parliament, things which should have been said were not said and that is why people are out on the streets. We have full right to express our views but we cannot destroy our country.” 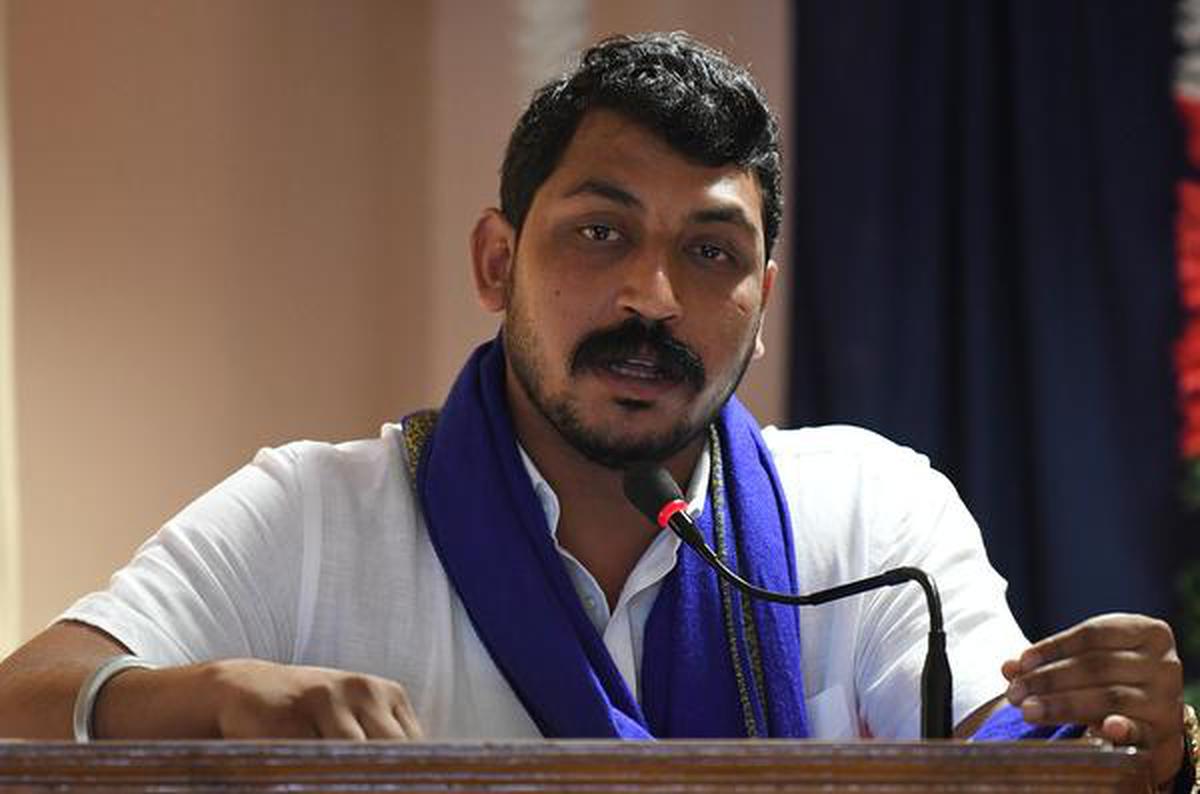 Intention to cause deliberate harm to Azad, argues lawyer.

Azad’s lawyer Pracha also alleged that the intention was to cause ‘deliberate harm’ to Azad. He also mentioned his deteriorating medical condition and that he was not even given necessary medical treatment before the direction of the Court in this matter. In an earlier trial, the judge had slammed the authorities of Tihar Jail for not providing the required and adequate medical treatment at AIIMS for his medical condition. 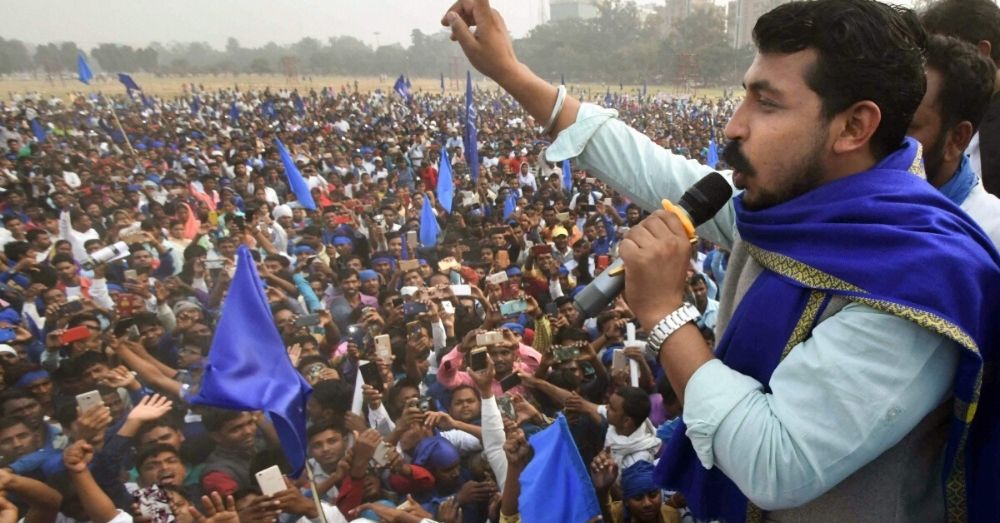 Azad is said to be suffering from ‘Polycythemia’, which required regular medical interventions. The Court then directed to provide Azad treatment at AIIMS for his special medical condition. Before getting detained by the police authorities, Azad had tweeted

“All those detained should be surrendered and then I’ll surrender. Friends, continue fighting and stay united for the Constitution. Jai Bhim and Jai Constitution”.

What happened in Hitler’s Germany in 1930s happening in India now:...