The new president of BJP, can be described as the boy born on the banks of Ganga at Rani Ghat professors’ quarter of Patna University, where his father Naraian Lal Nadda was a professor.

Jagat Prakash did his schooling at St Xavier’s College and later Patna College. A first-generation politician he has no one in politics in his immediate family. His mother in-in-law Jayashree Banerjee was a BJP MP and a member of the 13th Lok Sabha

See also  Suicide - not an option, ever!

The Nadda I knew since childhood was a keen and voracious reader and an obedient child.

Interestingly, he appeared for the entrance test for NDA – an organisation that shares its acronym with the coalition that his party heads – but he failed to make the cut.

One of his sister’s husbands is a member of the Indian Army.

Nadda was groomed under the leadership of Sushil Kumar Modi, Ashwini Kumar Chaubey and Ravi Shankar Prasad, who were leaders of the Patna University Students Union.

As a youth leader, he proved to be an able orator, displaying his proficiency during debates in Patna University.

Nadda’s tenure at BJP comes at an interesting time, when the entire political opposition appears to be manoeuvring to keep the BJP out of power.

The challenges are coming thick and fast and the newly elected party president will have to prove himself in upcoming assembly elections in Delhi, Bihar and West Bengal. All the three states are potential sticky wickets. He also has the unenviable task of living up to his predecessor Amit Shah’s towering reputation, a man who has taken the party to states that had never seen BJP rule.

Nadda will have to work under the leadership of Modi-Shah and he is in many ways, a complete contrast to his predecessor.Unlike Amit Shah – who often uses stinging phrases to target the opposition – Nadda is never known to be impolite or harsh. He has always been soft-spoken since his childhood but is known for being a hard worker in touch with his roots.

Last year, he came to Patna with his wife and son and visited the chamber where his father functioned and even took them to Rani Ghat, where he was born.

At Darbhanga House, he warmly embraced an office peon and told the Vice Chancellor: “He was like my guardian, he gave me training in bicycling. Please make his services regular.”Nadda might scaled the cliffs of political ambition but still remains in touch with his old school and college friends of Patna.

All of them will surely watch his next innings with great interest as he tries to live up to Messrs Amit Shah, Nitin Gadkari, Rajnath Singh, Venkaiah Naidu and LK Adani.

No one who has known the soft-spoken boy – who used to deliver Vidyarthi Parishad’s press releases – will be betting against his success. 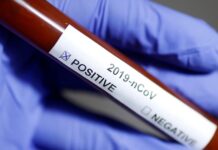 From Trump’s impeachment to gender inequality: Political statements at the Oscars... 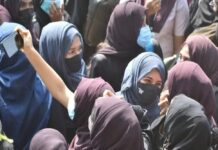 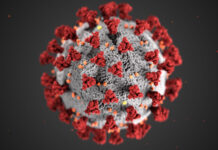