Several b-town celebs are raising awareness around the coronavirus outbreak by urging their fans to stay at home to prevent becoming potential carriers to this virus. While Deepika Padukone is busy with her series on self quarantine, her husband and actor Ranveer Singh has emphasized on eating well to keep the stress at bay.

However, to share the message he posted a picture of customised Nutella jars with his name on them, and captioned it as, “Ghar pe baitho, khao piyo, masst raho”

Besides fans, filmmaker Kabir Khan’s wife and television anchor Mini Mathur also dropped a comment on the post by writing, “This is so cool”

The pandemic has brought the world to a standstill. With cases in India already having crossed a hundred, the government has also urged everyone to stay indoors.

This has also affected the film fraternity, with productions coming to a halt and film released postponed until further notice.

As for Ranveer Singh, the actor will next be seen in ’83 which was announced to be released on April 10, but will be pushed ahead if the situation doesn’t improve.

Helmed by Kabir Khan, the film traces the journey of the Indian cricket team winning the 1983 World Cup. With Ranveer in the titular role of former cricket captain Kapil Dev, the film also stars Deepika Padukone as his wife Romi Dev.

See also  We are fedup with the UP government, it seems Jungle Raj is there: Supreme Court

Furthermore, Singh will also be seen in YRF’s Jayeshbhai Jordaar with Shalini Pandey. The film is about a Gujarati man who believes in equal rights between males and females in the society.

“I am not a part of this millennial generation. I’ve spent... 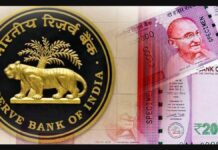 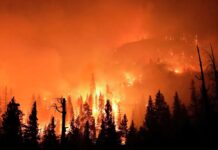 Disney+ delays India launch via Hotstar due to IPL postponement