Tokyo: Neither the coronavirus pandemic nor the economic impact prevented the Japanese people from coming outdoors to take part in the annual tradition of admiring the cherry blossoms (sakura), which marks the beginning of the spring season in the country, a media report said on Tuesday.

The good weather is drawing large numbers of residents into the streets and parks to enjoy the full bloom of the pink and white cherry blossoms, an annual event which the Japanese celebrate with picnics under the trees, Efe news said in the report.

One of the most popular spots to enjoy the blossoms is Tokyo’s iconic Yoyogi Park, where numerous groups of families and friends gathered for picnics.

While some played volleyball, baseball and football, others preferred to throw a frisbee, all amid a festive atmosphere that seemed to defy the possibility of a coronavirus infection.

Despite the numerous cancellations of tourist groups to the country in recent weeks, a large of number of foreign tourists could also be seen enjoying the blossoms along with the locals for long hours.

“I have mixed feelings. It’s great to see people enjoying life, but at the same time it is a little bit scary,” said 25-year-old French resident of Tokyo, who spent around 20 minutes at the park and would have stayed longer if not for fear of the virus. 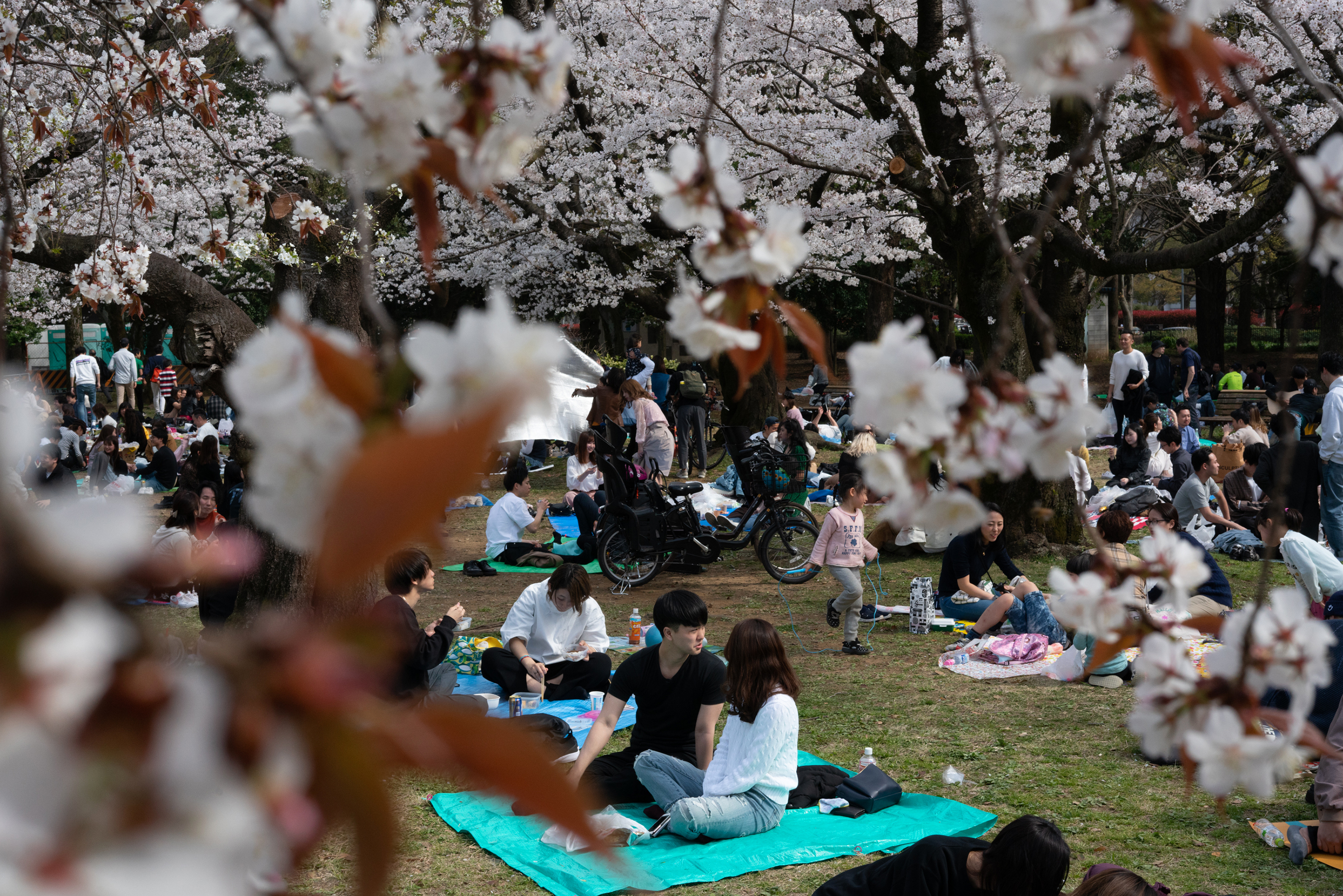 The cherry blossom season usually occurs in Japan for only two weeks between late March and mid-April.

This year the flower buds began to sprout on March 14, the earliest date since cherry blossoms began being monitored in 1953.

Celebrations at some of the city’s most iconic spots were modified this year to avoid large crowds of people: the cherry trees near the Meguro River were not lit up at night, while the usual food trucks near Ueno Park were also missing.

Following the appearance of photographs of celebrations and gatherings in the capital’s parks over the weekend, Tokyo Governor Yuriko Koike said on Monday that stricter confinement measures might be necessary to avoid spread of the virus, including a possible lockdown of the capital.

A few weeks ago Koike had said that taking the cherry blossom tradition away from the Japanese was like taking away hugs from Italians in reference to the strong cultural character of the tradition, which first appeared in the Heian era novel “The Tale of Genji”.

Although the Governor had allowed Tokyo’s residents to step out to enjoy the blossoms, she did ask them to avoid parties and events, especially those organized indoors, and that basic hygiene measures be taken, such as coughing into the forearm and washing hands.

Gold Price Made Another Fall and disappointed U.S. PPI data