Despite winning ‘Player of the Tournament’ and lifting the 2011 World Cup under MS Dhoni, Yuvraj has revealed that his time under Sourav Ganguly was the best due to the support he got from the BCCI President.

“I really struggled against [Muttiah] Muralitharan. I had no clue against him. Then Sachin [Tendulkar] told me to start sweeping [against Muralitharan] and I was at ease.” he said.

“Glenn [McGrath] would trouble me a lot with the away-going delivery. Luckily, I didn’t play much against McGrath because I was sitting out and cheering for the seniors in the Test matches.”

Coronavirus news of Madhya Pradesh: No family-meet for jail inmates till... 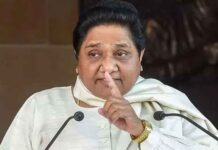 5 rules of Yoga to help you combat coronavirus