From being plonked together in front of the telly, our bright li’l smartphones made watching films at home an individual and private activity. But hey, with families locked in and the desire (some would say, compulsion!) to spend at least some family time together, films en famille are suddenly back in fashion.

Here’s our list of films that might loosen the tear ducts, bring on the smiles and possibly also make you realise that eventually ‘it’s all about loving your family’. (KJo you were right, after all!)

This comedy-drama tells the story of the Mehras, a dysfunctional Punjabi family who invite their family and friends on a cruise trip to celebrate the parents&#39; 30th wedding anniversary. Replete with twists—some heart-breaking, others; entertaining—of course everyone reconciles in the super happy ending. Director Zoya Akhtar’s depiction of a more realistic sibling relationship in contrast to the usual over-the-top portrayal generally seen in Hindi movies, is refreshing indeed.

Bonus: A very easy on the eye cast comprising Priyanka Chopra, Anushka Sharma, Ranveer Singh, Anil Kapoor, Shefali Shah and Farhan Akhtar. And that super voice-over performance by Aamir Khan as the family dog Pluto, the narrator of the film!

See also  E-learning trends of the year 2020: 12x growth in popularity of online training in the past 5 years

In a nutshell, this tear-jerker is about Rahul, who marries a poor woman, and is disowned by his father. He moves to London to build a new life. Years later, his now grown up little brother Rohan embarks on a mission to bring Rahul back home and reunite the family again. We say, give in to your secret desire for melodrama and wade right into this one with its pooja thaals, strict patriarchs, and gorgeously attired entire families doing the bhangra together.

Bonus: Kareena’s famous character, Poo. She is the stuff legends are made of. Like director Karan Johar recently said: “Poo, OMG! You should go and check online. There are lines, memes and games on Poo, but at the time only Bebo and I loved her character.”

This action comedy film, directed and produced by Manmohan Desai, packs in a whole lot of masala entertainment with the addition of the theme of religious tolerance. It’s engaging from the start, with a plot that focuses on three brothers who are separated in childhood and adopted by three families of different faiths—Hinduism, Islam and Christianity. They grow up to be a policeman, a singer, and an owner of a country liquor bar, respectively. Filled with twists and turns, drama and melodrama, this one never fails to entertain.

Bonus: A star-studded cast featuring three pairs of heroes and heroines, a two-generation-spanning plot that includes tragic separations and miraculous reunions, and that landmark direct blood transfusion scene from sons to mother that science cannot hope to match!

4. The Sound of Music

It’s hard to stay grumpy/ morose in the face of the infectious enthusiasm of the lovely Julie Andrews. Based on the memoir The Story of the Trapp Family Singers by Maria von Trapp, the film is about a young Austrian postulant in Salzburg, Austria, in 1938 who is sent to the villa of a retired naval officer and widower to be governess to his seven children. She brings love and music into their lives, marries the officer and together with the children find a way to survive the loss of their homeland to the Nazis.

Bonus: Some of the most loved songs in history from Do-re-mi, to Edelweiss, My Favourite Things and Sixteen Going on Seventeen. And emotions that never quite stale.

This simple, light and entertaining film is just the antidote to banish the lockdown crankiness. A departure from director Mahesh Bhatt’s usual intense films, this one stars Aamir Khan as a young businessman who now has to look after his late sister’s three mischievous kids, and Juhi Chawla, a Tamil runaway girl who is brought home by the kids and gets later hired by him as their governess. Fast-paced and with great songs and performances, this one is endearing.

Bonus: While Aamir Khan is suitably restrained, Juhi Chawla steals the show with her comic timing, including some effortless dialogue delivery in Tamil. 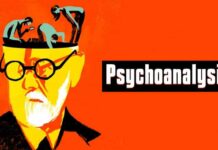 ‘Psychoanalysis, sexual difference and the castration problematic’ by Derek Hook.