It’s hard not to be when you come across such instances of people in India violating social distancing norms. One such incident came forth on Thursday, when two Telangana ministers were seen participating in Rama Navami celebrations.

Prime Minister Narendra Modi had announced 21 days lockdown to combat the deadly coronavirus. He had urged people to follow to social distancing so that community spread can be stopped. According to World Health Organization (WHO), the new rules of engagement call for maintaining a gap of one to two metres (or three to six feet) to prevent possible exposure when an infected individual cough or speaks.

See also  Coronavirus updates from India and the world: Maharashtra reports 394 cases in last 24 hours taking total in state to 6,817

On Thursday, the total tally of novel coronavirus cases in India reached to 1966. Of this, 1764 people are presently suffering from the COVID-19 disease, 150 people have recovered and discharged from the hospitals, one person migrated while 50 deaths have been reported so far.

There are at least 51 foreign nationals and 1915 Indian nationals among the total number of cases reported in the country. According to the Health Ministry, Delhi has reported 152 cases, 6 recoveries and 2 casualties. In Maharashtra there are 335 cases, 42 people have recovered while 13 people have died. Kerala has reported 265 cases, 25 recoveries and 2 deaths while in Rajasthan there are 108 cases of COVID-19 and three people were cured.

Madhya Pradesh has shown a surge as the tally reached 99 there with 6 deaths and zero recovery. In Tamil Nadu there are 234 cases, six recovered while one death is reported. Punjab has 46 cases of Novel coronavirus, 1 recovered and 4 deaths. In Uttar Pradesh there are 113 cases 14 people cured and two deaths.

Is hydroxychloroquine as fatal reports suggest? All you need to know

Two die as motorcycles collide in UP 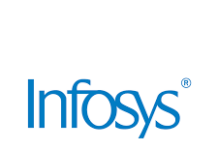