Pilot said on Gehlot’s allegations of being useless – “Chief Minister is big and honorable to me, but I also have the right to raise work issues”.

After the crisis of Gehlot government of Rajasthan averted, now a period of rhetoric is going on. Sachin Pilot said on Tuesday, “Ashok Gehlot is older than me. I respect him, but I also have the right to raise work issues.”  Pilot said this in reference to the statement in which Gehlot had described Pilot as useless and unacceptable.

The statements should be within the ‘Lakshman Rekha’: Pilot
“I have learned some values ​​from my family. The issue is not how much I oppose a man, butthat I don’t use such language. There should be a Lakshman Rekha when speaking in public. There is no place for personal enmity in politics. Rahul and Priyanka have given us the confidence to prepare a roadmap to address our objections. A 3-member committee has been formed to address the issues we had raised.”

Pilot has returned to Jaipur after a long feud with CM Ashok Gehlot. There were many theories regarding what his next move, after distancing himself from Gehlot, would be. There were also speculations that he would join BJP. But his return has silenced everyone. Many anti-congress supporters were saddened on hearing this, knowing that the possibility of toppling the government in Rajasthan was lost.

There were many speculations about what Pilot’s next move was going to be. Now many are shocked and many relieved about his decision to return. It is left to be seen what his role would now be in the party. 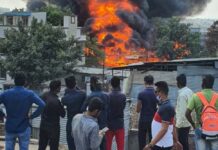 ‘No plans to retire’: Roger Federer after sour defeat to Novak...

Hantavirus becomes top trend on Twitter – why it’s not another... 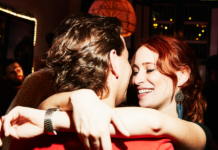 What happens after friends with benefit?

Shiv Sena hits out at BJP over demand to reopen temples