US President Donald Trump has elevated America’s ties with India and solidified the growing partnership between the two countries in ways not seen in any previous administrations, the White House has said.

The US president will continue to build this critical partnership in the years to come, it asserted.

“President Trump has prioritised US-India relationship and worked to expand all facets of the partnership over the last three-and-a-half years,” a senior administration official from the National Security Council of the White House told PTI on Monday.

“Given the two countries’ democratic foundations and their mutual interests in rebuilding the global economy following COVID-19, diversifying global supply chains, and ensuring the Indo-Pacific region remains free and open, President Trump will continue to build this critical partnership in the years to come,” the official said.

“The Trump Administration has elevated the US relationship with India and solidified our growing partnership in ways not seen in any other US administration,” the official said, noting that the president has enabled India to become the first non-treaty ally to be offered an armed MQ-9 Unmanned Aerial System.

“During President Trump’s historic visit to India February 24-26, he and Prime Minister Narendra Modi elevated the relationship to a Comprehensive Global Strategic Partnership. Prime Minister Modi was also one of the first foreign leaders to visit the White House after President Trump took office on June 26, 2017,” the official said.

The senior official noted the two leaders have also spoken side-by-side at two major events “Howdy, Modi” in September 2019 in Houston, Texas, before a crowd of over 55,000 and again at “Namaste, Trump” in February 2020 in Ahmedabad, Gujarat, to address a crowd of 110,000 people.

“These gatherings boosted our people-to-people ties and highlighted the warm personal relationship between the two leaders,” the official said.

“We have boosted quadrilateral consultations among the United States, India, Australia and Japan, with the four foreign ministers meeting for the first time in September 2019,” the official said.

“President Trump has strengthened all aspects of US-India security and defence cooperation to build a comprehensive, enduring, and mutually beneficial defense partnership,” the official said.

Under the Trump Administration, the United States has become the second-largest arms supplier to India, growing from virtually no arms sales a decade ago to more than USD20 billion today, the official said, adding that earlier this year, the US and India concluded USD3 billion in defence sales, including MH-60R naval helicopters and additional AH-64 Apache attack helicopters.

“To bolster India’s role as a net provider of security in the Indo-Pacific, the Trump administration has lifted restrictions on the provision of sensitive defence technology, enabling India to become the first non-treaty ally offered an armed MQ-9 Unmanned Aerial System,” the official said.

See also  I stand before you as first candidate for US vice-president of South Asian descent: Kamala Harris

“As global leaders with vibrant democracies, the United States and India have cooperated to respond to the COVID-19 pandemic. US and Indian pharmaceutical companies have collaborated to expand global supplies of critical medicines and are cooperating on vaccine development,” the official added.

“Of course, due credit also goes to Prime Minister Narendra Modi for his skilled policy towards the US. The India-US relationship has been rock solid. Kudos to the brilliance of both Trump and Modi for cementing the bond between India and US,” Mason told PTI.

‘Our side is very young and all are match-winners’: Indian skipper...

‘Stay where you are…’: Sharad Pawar asks NCP MPs not to... 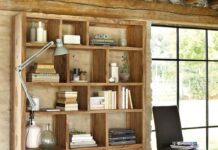