From the dorms at North Carolina to the halls of Notre Dame, officials at universities around the US scrambled on Monday to deal with new COVID-19 clusters at the start of the fall semester, some of them linked to off-campus parties and packed clubs.

At Oklahoma State in Stillwater, where a widely circulated video over the weekend showed maskless students packed into a nightclub, officials confirmed 23 coronavirus cases at an off-campus sorority house. The university placed the students living there in isolation and prohibited them from leaving.

As a student, I’m frustrated as hell, said Ryan Novozinsky, a junior from Allentown, New Jersey, and editor of the student newspaper.

These are people I have to interact with.” And, he added, “there will be professors they interact with, starting today, that won’t be able to fight this off. OSU has a combination of in-person and online courses, and students, staff and faculty are required to wear masks indoors and outdoors where social distancing isn’t possible.

See also  Expert Tips on Studying Abroad: How to apply for US student VISA

Outbreaks earlier this summer at fraternities in Washington state, California and Mississippi provided a glimpse of the challenges school officials face in keeping the virus from spreading on campuses where young people eat, live, study and party in close quarters.

The virus has been blamed for over 170,000 deaths and 5.4 million confirmed infections in the U.S.

A cluster of COVID-19 cases in a dorm was announced Sunday by the University of North Carolina at Chapel Hill. The disclosure marked the fourth such outbreak since the semester began Aug. 10 at the state’s flagship public university campus. The three others were at a dorm, private student housing and a fraternity house.

A faculty committee that advises the administration was scheduled to meet Monday to discuss the situation. The head of the panel warned that the school may have to rethink its decision to hold classes on campus.

We knew there would be positive cases on our campus. But clusters, five or more people that are connected in one place, are a different story, Mimi Chapman wrote to the university system’s board of governors. The presence of clusters should be triggering reconsideration of residential, in-person learning. The University of Notre Dame reported 58 confirmed cases since students returned to the South Bend, Indiana, campus in early August. At least two off-campus parties over a week ago have been identified as sources, school officials said.

At the University of Tennessee at Chattanooga, where some in-person classes began Monday, school and county health officials announced over the weekend that they are trying to identify people who may been exposed to COVID-19 earlier this month from members of a fraternity and a sorority.

In Alabama, officials were frustrated by scenes of crowded entertainment districts and bars on the first weekend many students returned to campus at the University of Alabama at Tuscaloosa. Mayor Walt Maddox warned that such behavior could put the treasured football season in danger.

‘Trolls never get love in their lives’: Ananya Panday opens up... 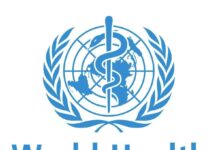 Surgeon General Dr Vivek Murthy is US representative on WHO executive...

‘They must pay’: Donald Trump says US won’t pay for Prince...

Snakes might be the source of coronavirus outbreak in China, says...