The number of corona cases in the country has increased to 24 lakh 59 thousand 613. On Thursday, 64 thousand 142 patients tested Covid positive.  In Maharashtra, a thousand prisoners and 292 prison staff have been infected so far. The state prison department said on Friday that 6 prisoners had died so far.

See also  'He kept them entertained till the last': Rishi Kapoor's family reveals how he was the eternal showman

Maharshtra still remains the state with the highest number of cases. Where many states have bought the numbers down, the others are facing an increasing in active number of cases. The Kerala model, which had earlier been hailed as producing great results, seems to have also failed as the number of cases are on a rise. Assam is seeing a huge rise in numbers, especially in Guwahati city.

The number of Corona cases in the country are at an all time high. Everyday thousands are testing positive for the virus. Though the recovery rate is high, these figures still come across as worrying. In the light of such increase in the number of cases per day, it comes as a genuine surprise that the state governments are truly thinking about reopening schools and colleges, where the number of students are at least a few hundred. Both parents and students are worried about the same.

Iran agrees de-escalation ‘only solution’ to solve crisis with US 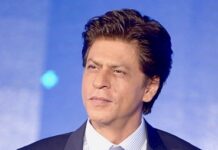 Coronavirus in Rajasthan: Despite Nizamuddin fiasco, over 100 people congregate at...

Living in the times of Ayodhya Verdict: When Call For Communal...

China asks Indian students to stay in touch with their Chinese...