Dutt was admitted to the hospital on August 8, after reporting breathing trouble;

He was discharged on Monday after all the tests were complete;

Actor Sanjay Dutt is suffering from lung cancer and it is being told that he has reached  stage-3. A close friend of Sanju has revealed this on Tuesday night. Sanjay was admitted to Lilavati Hospital in Mumbai two days ago with symptoms of shortness of breath and discomfort. After this, he was tested for Covid which came back negative. Now when this news has come out, according to sources, he has left for the US for treatment.

Earlier, Sanjay had posted on Instagram in the afternoon and informed about taking a short break from films.

Said in the afternoon-“ I will be back soon”

Sanjay Dutt  posted on social media after the reports came out. In which he was talking about taking a short break from his work. The post wrote- ‘Friends, I am taking a short break from work for medical treatments. My family and friends are with me. I request all my well-wishers not to worry at all. Also do not speculate unnecessarily. With your love and best wishes, I will be back soon. ‘

How dangerous is stage 3 of lung cancer

According to a news from Bollywood Hungama, Sanjay’s friend has revealed this. He said – “Baba is devastated. He has small children. It would be very difficult for them to hear this terrible news”. Sanjay Dutt underwent several tests at Mumbai’s Lilavati Hospital, whose report came on Tuesday.

Talking about the work front, Sanjay Dutt’s upcoming film ‘Sadak 2’ will be released on  the OTT platform Disney Plus Hot Star on August 28. The film, directed by Mahesh Bhatt, will also feature Pooja Bhatt, Alia Bhatt and Aditya Roy Kapoor in addition to Sanjay Dutt.

Cancer killed both his mother and his first wife

Sanjay Dutt’s family has a history of cancer. Sanjay’s mother Nargis also had pancreatic cancer.  Nargis Dutt Memorial Cancer Foundation was founded by Sunil Dutt in 1982 in memory of Nargis.

Richa Sharma, Sanjay Dutt’s first wife, also died of cancer. Richa had a brain tumor. She was married to Sanjay in 1987 and within two years of her marriage, she was diagnosed with cancer. She underwent cancer treatment in London for a long time. In 1996, 32-year-old Richa died due to cancer. At the same time, Sanjay Dutt went to jail in the 1993 Mumbai bomb blast case.

Neither Dutt, nor his team have made an official statement as of yet. Manyata Dutt has requested everyone to not speculate and said that they would get through these times.

Maharashtra to take on the spike in child pornography during lockdown...

Amit Shah to meet NE parties on CAA on Friday

Is BJP going to take the revenge of this insult? What... 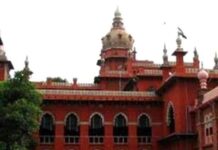 Coronavirus in Mumbai: BMC can use Bandra Qabristan to bury bodies...