Health Minister Raghu Sharma gave information about the condition of Corona in the state.

A second meeting took place under the 5th session of the 15th Assembly. First the reports of various ministries were placed on the table of the House. Also, many bills were passed by an oral vote. After this the discussion about Corona started. Which went on for 6 hours. Speaking about Ayurveda medicine in the war against Corona, Raghu Sharma said that “we have fed more than 30 lakh people this concoction since Corona has arrived in Rajasthan. A drug was claimed to contain the same content”. The proceedings of the House have been adjourned till 24 August 11.

Speaking on the issue corona, Raghu Sharma said that “the plasma therapy has proven to be very effective. Antibodies from corona-positive patients have had 100 percent results. It also saved the lives of serious patients. So far, plasma of 211 patients has been used. Everyone has recovered. People’s mental state worsens when there is corona. We have arranged counselling for mental health for this. As of March 8th, there are 25 government and 10 private institutes in Rajasthan. We have the facility to conduct 46 thousand tests every day.

The house proceedings commenced under the chairmanship of Speaker CP Joshi.

Earlier on Thursday, the work advisory committee met. Congress and BJP leaders participated in it. It was agreed on that, in view of the threat of Corona, a proposal to adjourn the assembly indefinitely should be put before the Speaker. In such a situation, it is believed that such a proposal can come in the House.

There was a fierce furore in the House over allegations by BJP MLA Kalicharan Saraf about Corona. During time, there was a heated debate in the Congress government between Minister Pratapsinga Khachariwas, BJP Leader Gulab Chand Kataria and Rajendra Rathore. Raghu Sharma meanwhile asked the leader of opposition to get their BP examined. “I am worried about them”. At the same time, Shanti Dhariwal said , “Saraf you should apologize or I will bring a proposal to get you out”. Even after this, the commotion continued. Due to which the meeting was adjourned for half an hour. After which the proceedings started again with an uproar. The proceedings were adjourned for the second time amid the uproar. Shortly thereafter, the proceedings were held for a few seconds and adjourned till 2 o’clock. After which the proceedings resumed.

See also  Trump vs. Biden: Where they stand on health, economy more

The four BJP MLAs who disappeared from the house on August 14 during the assembly session, presented their views before the state leadership on Thursday. Leader of Opposition Gulabchand Kataria and State President Dr. Satish Poonia called the four MLAs separately and heard their point of views. Both leaders admitted that the disappearance of MLAs from the House without any notice after the release of the whip was negligent. All four MLAs have submitted their views. A collective decision will be made by discussing with all the leaders.

Legislators take care of negligence: Pooni
BJP state president Satish Pooni said that, “these four have gone out of the house without informing any responsible person. In this regard, the four MLAs have put their side before the Leader of Opposition and me. It will be decided by discussing on it collectively”.

All this comes after the Rajasthan government went through a huge turmoil, which has already left many people questioning their competence.

FIR against 7 people including OYO founder Ritesh Agarwal, fraud of...

India’s fuel demand continues to recover in June, up 11 pc... 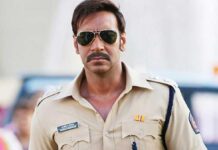 Do we need inspectors like Singham in our country?

Criminal Execution Laws in Saudi Arabia, The Kingdom Of Cruelties

The cost of dissent in the great democracy of India.