The Supreme Court Tuesday granted 30 minutes to activist-lawyer Prashant Bhushan, convicted for contempt, to ‘think over’ his stand of not expressing regret over his tweets against the judiciary.

The top court granted another opportunity to Bhushan after Attorney General K K Venugopal sought forgiveness for the activist-lawyer.

“He (Bhushan) should withdraw all statements and express regret,” said the top law officer when the bench headed by Justice Arun Mishra sought his views on the ‘defiant’ statement of Bhushan.

He has refused to offer an apology to the Supreme Court for his two tweets against the judiciary, saying what he expressed represented his bona fide belief which he continued to hold.

“Bhushan says the Supreme Court has collapsed, is it not objectionable,” asked the bench.

The court can speak through orders only and even in his affidavit, Bhushan has made disparaging remarks against the judiciary, the bench said

The court should warn him and take compassionate view, Venugopal told the bench, which also comprised Justices B R Gavai and Krishna Murari.

When Bhushan does not think he did anything wrong then what is the point of giving him advice to not repeating it, the bench said.

“A Person should be realize mistake, we gave Bhushan time but he says he will not apologize,” it said.

The bench will reassemble to know the views of Bhushan again.

On August 20, the top court had granted time till August 24 to Bhushan to reconsider his defiant statement refusing to apologise and tender unconditional apology for contemptuous tweets against the judiciary and rejected his submission that quantum of punishment be decided by another bench.

Free-speech comes with a cost, in India and America alike 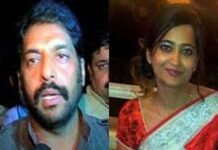 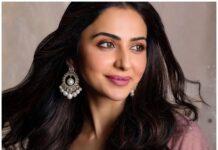 I am a workaholic: Rakul Preet Singh 2022

Hundreds line up to gorge on kheer, poori and veggies at...

Coronavirus news of Madhya Pradesh: No family-meet for jail inmates till...