Varun Dhawan’s next film ‘Coolie No.1’ is coming on Amazon Prime. It will also be officially announced in the first week of September. Those working in the respective department of Amazon Prime Video have confirmed this. He has said that in fact, Amazon has acquired many South Indian films. Currently, their focus is on the announcement and promotion of ‘Mirzapur 2’. In such a situation, they are not announcing ‘Coolie Number One’.

On the other hand, those who worked with the film’s producer Vashu Bhagnani said that they were in touch with theaters till the last moment. He wanted the film to be released in theaters. Negotiations were also going on for this, but he wanted a ‘number of shows’ from the cinemas. It became a matter for him. Vashu placed another demand that cinema halls would not put any pressure on them if the audience did not arrive in theaters in the first two weeks. They will be free to sell their films on OTT and satellite. There was no discussion on this issue on both sides. Then Vashu Bhagnani decided to bring this film to Amazon Prime.

People from the department who acquired films from Amazon Prime told that their conversation with Vashu began as soon as the release of ‘Shakuntala Devi’. ‘Shakuntala Devi’ was bought for 50 crores. 65 crores has been given for ‘Coolie No.1’. In this way, it became the most expensive selling film of this year on Amazon. This platform paid 40 to 45 crores for ‘Gulabo Sitabo’.

The rest of the digital platform has also fixed the maximum limit of 75 crores. Only Akshay Kumar’s ‘Lakshmi Bomb’ and Ajay Devgan’s ‘Bhuj: The Pride of India’ crossed the 100 crore mark.

Due to the coronavirus, cinema halls have been closed for about five months now. In such a situation selling the movie to OTT platforms maybe one of the best decisions for the new releases of the year.

How the audience will receive the movie is a whole other issue. Sadak 2 has been getting a lot of flak, one of the reasons being that all the main actors in the movie are either star kids or have some sort of connection to bollywood. The same is also true for this movie. The audience may not be interested in a movie with a cast whose parents are a part of bollywood, especially after the nepotism debates that have risen due to Sushant Singh Rajput’s death.

BJP leaders agree – opposition was not expected, party could not... 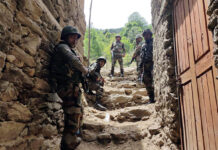