Since the beginning of Unlock 4 in the country from September 1, discussions have started about the opening of schools and colleges. However, the Health Ministry said on Tuesday that no instructions have been given by the government regarding the opening of schools and colleges. Educational institutions have been closed in the country since March due to the pandemic.

Health Ministry Secretary, Rajesh Bhushan, said that the Health Ministry issues SOP for whatever activities are being started in the country. SOP will be issued whenever it is decided.

Will decide only after the situation improves

In the feedback sent to the Center through the state governments, schools and parents across the country have said that the decision to open the school should be taken only after the situation is normal. There is no need to compromise or hurry about the health and life of children. Therefore, there is no possibility of decision on opening of school.

Recover cases more
Rajesh Bhushan said- “Today, the recovered cases in the country are 3.4 times more than the active cases. Active cases make up only 22.2% of the total cases. The recovery rate is now over 75%. There has been a drop of 6423 in active cases in 24 hours. Out of total active cases, only 2.70% cases are on oxygen support. Only 1.92% of active cases are in ICU and 0.29% are on ventilator support”.

See also  Parents do not want schools to reopen, experts are expressing fear of psychological harm;

In the total number of dead, 69% male
The health secretary said – “so far, a total of 58,390 deaths have been caused due to corona. Of these 69% are males and 31% are females. 36% are people aged 45-60 and 51% are in the age group of 60 and above. Also, as far as the Sputnik-5 vaccine (covid-19 vaccine developed in Russia) is concerned, India and Russia are talking. Some information has been shared.

Opening of schools is a very crucial topic at the moment. Where many believe the socialization provided in schools is necessary for a child’s overall development. But at the same time, expecting young kids to maintain social distancing is not very realistic. The high number of students in schools and colleges can pose as a huge risk for the them. Many have also opposed to the conduction of examination of final year students and the national level exams of JEE and NEET. Reopening of schools should be carefully thought over before giving a final decision. 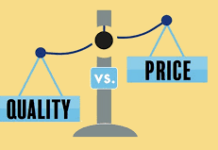 “Quality or price? Why buying quality furniture is an investment and...

Valentine’s Day 2020: Messages, quotes, and GIFs for WhatsApp and Facebook

Aamir Khan suits up for movie night with family at home,...