Actress Rhea Chakraborty, who is accused of abetting the suicide of actor Sushant Singh Rajput, has filed a complaint with Mumbai Police, accusing Rajput’s sister Priyanka Singh and a Delhi-based doctor of forgery and preparing a “fake” prescription of medicines for anxiety.

In her complaint sent to the Bandra police here on Sunday, Chakraborty sought that Priyanka Singh and Dr Tarun Kumar, working with Ram Manohar Lohia Hospital in Delhi, be booked under relevant sections of the Indian Penal Code for forgery, the Narcotics Drugs and Psychotropic Substances (NDPS) Act and the Telemedicine Practice Guidelines.

The 28-year-old actress in her complaint said Rajput was diagnosed with bipolar disorder and was undergoing treatment for various other mental health issues.

However, Rajput was not disciplined in following the treatment and would often abruptly stop his medications, she further said in the complaint.

“On June 8, 2020, Rajput showed me the messages he and his sister Priyanka had exchanged in which Priyanka sent him a list of medicines to take. I explained to Rajput that he has already been prescribed medicines by doctors who are treating him,” Chakraborty said in her complaint.

“He (Rajput), however, disagreed with me and insisted that he would only take the medicine his sister was prescribing,” she said.

On the same day, Rajput asked Chakraborty to leave the house as his sister Meetu Singh was coming to stay with him for a few days, according to the complaint.

“It has now come to light that Rajput on June 8 told his sister Priyanka that he would not be able to obtain the said medicines without a prescription. His sister Priyanka subsequently on the same day sent him a prescription signed by one Dr Tarun Kumar, working with the Dr Ram Manohar Lohia Hospital in Delhi,” the complaint said.

“Prima facie, the prescription appeared to be fabricated. The medicines prescribed by the doctor are prohibited from being prescribed electronically without consultation with the patient,” Chakraborty said in the complaint.

“Rajput died just a few days after he obtained the prescription, wherein he was unlawfully prescribed psychotropic substances at the behest of his sister Priyanka and the doctor Tarun Kumar,” she said.

Rajput, 34, was found hanging in his apartment in suburban Bandra on June 14 following which the Mumbai Police had lodged an Accidental Death Report (ADR).

He accused them of cheating and abetting his sons suicide. He also claimed that the accused persons had siphoned off Rs 15 crore from his sons bank accounts.

Based on this allegation, the Enforcement Directorate is probing money laundering charges.

The FIR lodged by Patna police was later transferred to the Central Bureau of Investigation (CBI).

The Narcotics Control Bureau (NCB) is probing drugs angle in the case.

Hacker creates new device that can unlock any luxury car

Mumbai Petrol pumps to operate from 7 am to 7 pm...

Anand Singh Bisht passes away at 89: All you need to... 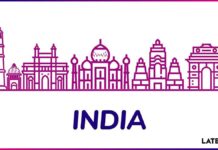 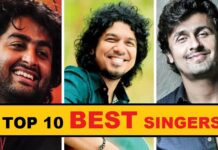