Veteran Bollywood and television star Surekha Sikri suffered a brain stroke on Tuesday and has been admitted to the ICU of a hospital here, the actor’s agent Vivek Sidhwani said.

The 75-year-old star is “critical but stable” he told PTI.

“She suffered a stroke earlier today. She is in the ICU (Intensive Care Unit). Her parameters continues to be monitored closely. She is critical but stable. She was admitted to a hospital in Mumbai this afternoon,” Sidhwani added.

See also  Ban on social media use by employees to stop spying; Smartphone banned on navy base, dockyard and ship

She received widespread praise for her role of a grandmother in Ayushmann Khurrana-starrer “Badhaai Ho” (2018).

She won the National Film award for the Best Supporting Actress for the film.

The actor was not doing well at that time and had turned up in a wheelchair to accept the award.

Arranged Marriage: A Tradition ‘Forced’ Upon Us Since Ages 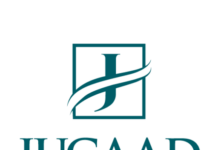 Jugaad Expert: At your door-step for all your needs

‘Have more maal than baal on your head’: Shoaib Akhtar takes...