The Allahabad High Court on Tuesday stayed the demolition of a resort of Samajwadi Party (SP) leader Azam Khan in Ramgarh till a decision is taken on his appeal.

The order was passed by a two-judge bench of justices S K Gupta and Piyush Agrawal on a petition filed by Khan’s wife Tazeen Fatima against the order of demolition by the Uttar Pradesh government date August 27.

It is alleged that the resort is built on government land.

Counsel for the petitioner said the appeal would be filed within two weeks from today.

“If any such an appeal is filed by the petitioner within the stipulated period, the concerned appellate authority shall decide the same on merits expeditiously preferably within four weeks from the date of filing of the said appeal in accordance with law by a speaking and reasoned order,” it said.

For a period of six weeks or till the disposal of the appeal, whichever is earlier, no coercive measures shall be taken against the petitioner, the court said.

The plea was opposed by the state’s counsel, who said that the petitioner has an alternative and efficacious statutory remedy by way of an appeal under Section 27(2) of the Act for redressal of his grievance before the appellate authority.

See also  Police brutality just one side of coin:HC on COVID-19 lockdown

But instead of availing the said alternative remedy, the petitioner has chosen to file the present writ petition, which is not maintainable before this court, the state’s counsel said. 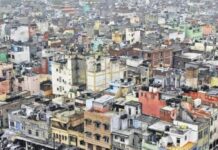 Centre gives a nod to the regularization of unauthorized colonies in... 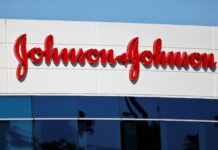