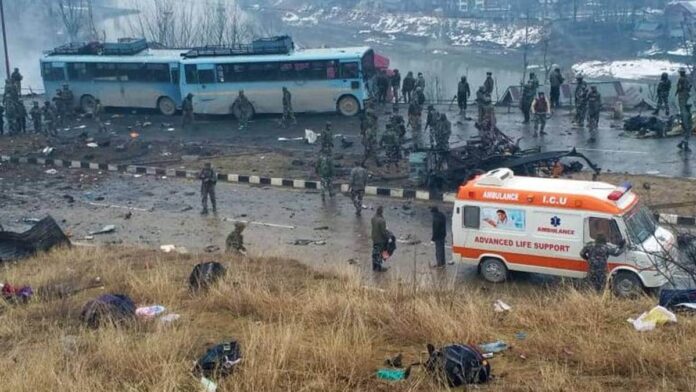 Not since the Dreyfus affair rocked France in the late 19th and early 20th centuries has a nation been plunged into such emotional turmoil by what Mamata Banerjee denounces as the Government’s attempt to “create a war-like hysteria” ahead of the elections. She might have added that war-mongering TV channels are also doing their utmost to keep up the tempo against Pakistan and – by implication – those in this country who can be accused of being soft on Pakistanis, terrorists and Kashmiri militants.

That bias was evident when Omar Abdullah’s anguished plea that “Kashmir isn’t just a piece of land, it’s the people that inhabit it” prompted ultra-nationalists to ask why the former chief minister of Jammu and Kashmir was speaking like Imran Khan, Pakistan’s prime minister. In Ms Banerjee’s own state, the Bharatiya Janata Party president, Dilip Ghosh, challenged the chief minister, saying that while the entire country is demanding that Pakistan be taught a befitting lesson, her Trinamool Congress alone opposes tough action.

According to Mr Ghosh, who is naturally anxious to increase the BJP’s 17 per cent share of the vote, West Bengal has become a hub of anti-national activities. Mr Modi’s warning that “people’s blood is boiling” and that the perpetrators and patrons of the Pulwama attack would have to pay a “heavy price” sets the stage for the kind of national militancy that scarred France during the Dreyfus affair.

It was replicated to some extent by the infamous US anti-Communist witch-hunting during the McCarthy era when hundreds of Americans were subjected to aggressive investigations and questioning by government or private industry panels, committees and agencies. Arthur Miller’s play The Crucible, also titled The Witches of Salem, recreated those pernicious years of fear and dread when Senator Joseph McCarthy, a Republican from Wisconsin,  mounted what became known as the Second Red Scare. 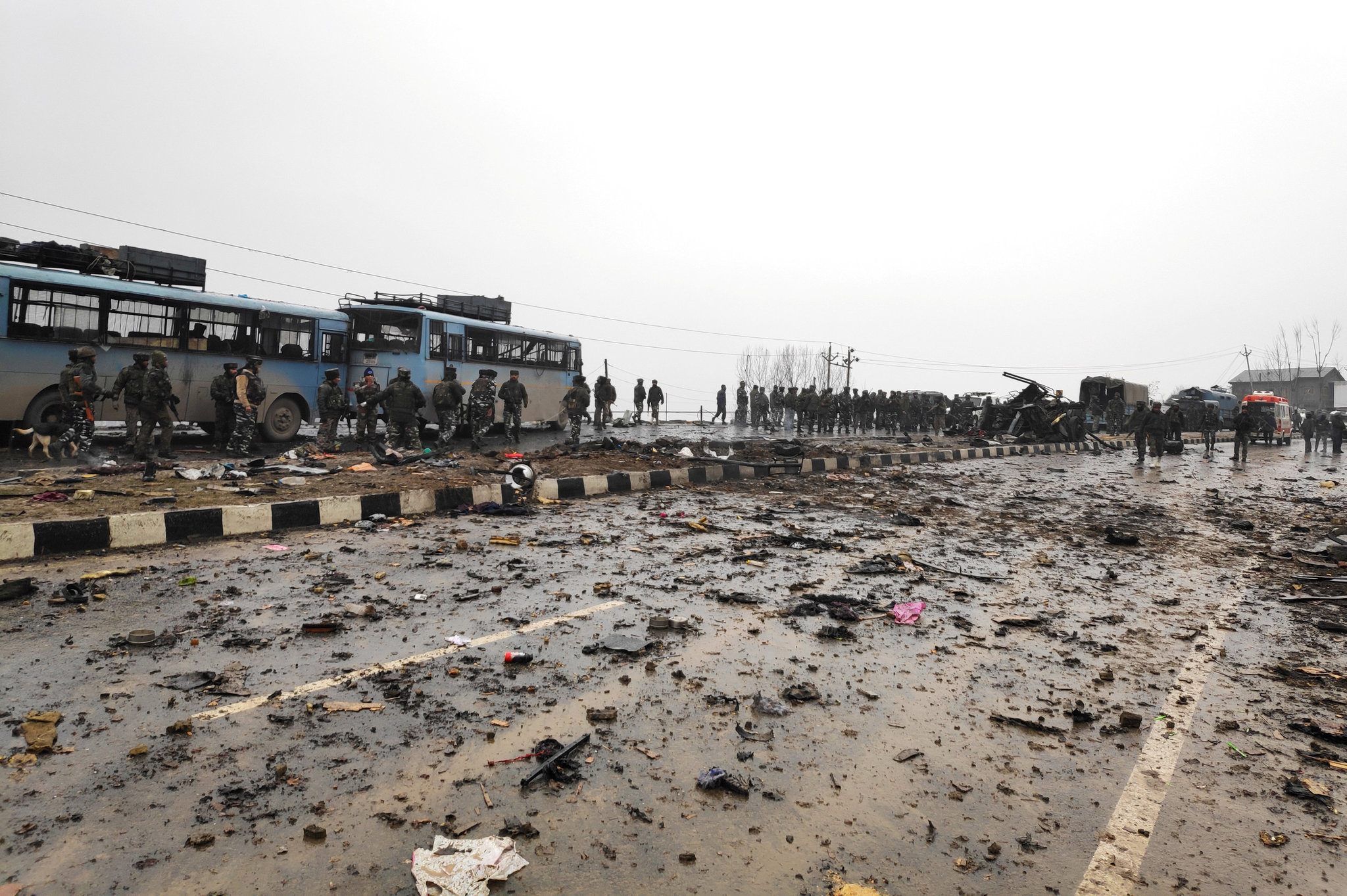 It lasted from the late 1940s through the 1950s and was characterized by heightened political repression as well as a campaign spreading fear of Communist influence on American institutions and of espionage by Soviet agents. The Dreyfus affair involving a Jewish artillery captain in the French army, Alfred Dreyfus, who was falsely convicted of passing military secrets to the Germans, also exposed a vengeful streak in the French psyche.

It divided the Third Republic, inspired a huge volume of writing and produced Emile Zola’s famous open letter, J’Accuse…! I accuse, printed on the front page of the newspaper L’Aurore on 13 January 1898. Nominated for the first and second Nobel Prize in Literature in 1901 and 1902, Zola was a major figure in the political liberalisation of France and in Dreyfus’s exoneration.

Seen as a modern and universal symbol of injustice, the affair remains a notable example of the miscarriage of justice corrected by the major role played by the press and public opinion. Zola’s letter addressed to France’s president, Félix Faure, accused the government of anti-Semitism and of unlawfully jailing Dreyfus. It caused a stir in France and abroad. Zola was prosecuted for libel and found guilty. To avoid imprisonment, he fled to England, returning home in 1899. As a result of the popularity of the letter, even in the English-speaking world, J’accuse! has become a common generic expression of outrage and accusation against someone powerful.

The sense and spirit of that famous epistle runs through the West Bengal chief minister’s comments. Lambasting Mr Modi’s government, Ms Banerjee asks why the Centre ignored intelligence reports and let the convoy pass through the area where the attack took place.

“Why did the Centre not do anything to stop Pakistanis from carrying out such attacks in all these years. Only when an election is knocking at the door, you think of starting a shadow war?” she asked blisteringly. It would be wrong as well as dangerous to speculate on the implications of Ms Banerjee’s comments. People who have done so have been roughed up by mobs or charged with sedition.

The media could level personal criticism at Indira Gandhi who was sophisticated enough to take it in her stride. But the Life Insurance Corporation’s suspension of an employee in Durgapur, the charges slapped on a Guwahati college teacher, and the allegations against four para-medical students in Jaipur confirm that today’s authority hits back hard. No doubt more such instances of persecution will come to light by the time this commentary appears in print. There have already been reports of Kashmiri students being harassed and intimidated in Haryana, Rajasthan and Dehra Dun. A woman in the Bengali town of Barasat was threatened with rape and death when she argued for peace on a popular social media platform. A college girl was arrested in the outskirts of Calcutta for a Facebook posting, and a DPS History teacher in the city says he was forced to resign after a posting claiming it was wrong to describe the Pulwama victims as “martyrs”.

He argued that they were uniformed personnel who had been killed while performing their professional duty as soldiers for which they were paid. The school says he resigned voluntarily in view of the backlash of anger. That may be so. But it’s the backlash that is worrying. According to the victim, a mob chanting “Jai Shri Ram” ransacked his house and rubbed his nose in the dirt – a particularly Bengali form of humiliation. The incident would appear to support Ms Banerjee’s complaint that “the BJP, the RSS and the VHP are using this opportunity to create communal trouble in the state.” She had remained silent in the interests of national solidarity but “attempts to create communal strife” had forced her to speak out. She asked if the government wanted to go to war with Pakistan with Lok Sabha elections round the corner. “When elections are knocking on the door you are trying to stage a war… a shadow war.”

There are some glimpses of a silver lining to this sombre cloud. The CRPF is using an earlier established helpline to coordinate with the police so that Kashmiri students can receive both assurance and aid. Ms Banerjee has instructed the police to “strongly handle” any attempt to create communal tension “by spreading the message of hatred” while also calling for a list to be compiled of all the Kashmiris in the state for their protection.

She asks intelligent questions about the timing and nature of the tragedy and the role of the intelligence services, while Mr Modi’s rhetoric sounds uncannily like his impassioned speech after the Godhra train fire on 27 February 2002. It is only to be hoped for all our sakes that the next act in this tragic drama will not be an equally bloody reprisal.

‘The way he looks at her’: Anushka Sharma, Virat Kohli’s adorable...

One more over? Sachin Tendulkar to come out of retirement and...