2020 is expected to be great for the telecom industry as the companies are planning, investing, and getting ready to launch the next-gen technology 5G with AI. Thus will take the sector to another level of advancement. Be it Samsung, Vivo, Xiaomi, or any other, all gearing up for their next launch.

Before 2020 begins, and we get lost in the world of 5G, let us have a glimpse of the telecom industry from the past 10 years.

2012– the introduction of 4G followed by the cancellation of 122 licenses after the 2 G scam broke out the same year.

2015– The industry crossed the 1 billion subscribers.

2016- Jio entered the market and changed the map of the telecom industry completely. With its free data and unlimited voice calls, its competitors were forced to offer more to sustain their customers and all at a dirt-cheap price. This free and unlimited service attracts more users to use the internet, making India 2nd country in having maximum internet users around 451 million after China.

The discussion on the merger of both companies was in talks for long but got implemented this year. After the merger, Vodafone Idea was announced in August this year. This merger was a result of excess offerings and pricing of tariff plans by jio and other operators.

2019- The first half was going smooth but the second half was full of ups and downs for the telecom industry. It was the introduction of Interconnect Usage Charges (IUC) and the tariff hikes that created a turbulent. Supreme Court’s decision on adjusted gross revenue (AGR) worsen the situation. Both the major players, Airtel and Vodafone reported a combined loss of INR 74,000 crore in the second quarter. Although TRAI’s decision to continue the IUC regime for another year was a great relief to the companies, Jio, on the other hand, wanted it to be scrapped. The government’s decision to postpone the payments for the spectrum for two years gave INR 42,000 crore breather to operators.

It was the first time in three years that all the players in the telecom industry raised prices to 40%.

The year 2019 also saw the merger of BSNL and MTNL in a bid to survive in a competitive environment.

The government approved it after months of discussion and analysis. According to the Telecom Minister Ravi Shankar Prasad, the merger will take around 18-24 months to get completed. Till then MTNL will operate as a subsidiary of BSNL. The cabinet also announced the revival plan for both the operators. Rs 29,937 crore would be given for revival by the government and the assets worth approx Rs 38,000 crore will be monetized. Prasad also confirmed that the government will raise a sovereign bond of Rs 15,000 crore for their revival. The cabinet also permitted to allocate 4G spectrum to BSNL so the company could stand out in front of its competitors by providing broadband and other data services like Jio and Airtel.

There is a lot more for the telecom industry in 2020. Although TRAI’s setting up prices for voice and data services and its decision to continue with IUC regime ailing with terrific hikes are positive indicators of the good year, the approval to conduct the next spectrum by the Digital Communications Commission in March-April 2020 is expected to affect the financials of telcos. 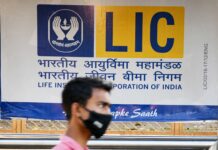 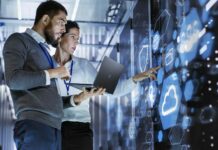 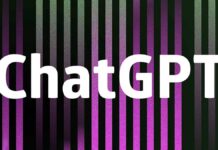 Dear woke Twitter, please read about his life before you diss...

Trump is likely to visit India in February, dates may change... 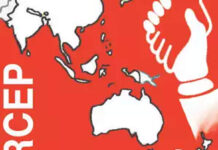 Maharashtra number one in the case of justice, Kerala in second...

Escalating fuel prices, a perpetual struggle for the common man