Despite concerns that “wet markets” selling live animals like cats, dogs and bats, among others, helped spread the novel coronavirus, these markets have started reopening in several regions in China, said a media report.

While bats are believed to be the primary source of the novel coronavirus, researchers believe that an intermediate host might have carried it to humans. Mail on Sunday correspondents reported seeing meat markets open back up for business in China, the Washington Examiner reported on Monday.

Markets in south-west China’s Guilin and southern China’s Dongguan are back in business where meats of domesticated animals like cats and dogs are sold, said the report.

See also  Shadab Farooq: The student who was injured in Jamia firing

Following report that the wet markets might have contributed to the spread of the coronavirus, the Chinese government earlier banned the sale of wild animals.

“The markets have gone back to operating in exactly the same way as they did before coronavirus,” a Mail on Sunday correspondent in Dongguan was quoted as saying.

The only difference is that security guards try to stop anyone taking pictures which would never have happened before.

“Wet markets in China has long been drawing criticism for being unhygienic and cruel to animals. Restrictions across China started lifting as coronavirus cases in the country started levelling off.”

While several scientists, medical experts and animal rights activists have called for a ban on China’s wet markets but the Asian country seems to have not learnt from its mistakes yet and have continued to open its wet markets.

Well, now as the lockdown in the country has been lifted and wet markets have begun sale of dog, bat and pangolin meat for consumption, Shenzhen becomes the fisrt Chinese city to ban the sale and consumption of dog and cat meat.

This comes after the coronavirus outbreak was linked to wildlife meat which had earlier led ti banning the trade and consumption of wild animals. The new law that bans the consumotion of dog and cat meat will come into force on May 1.

According to a report by Humane Society International (HSI), thirty million dogs are killed in a year across Asia for their meat consumption.

Some restrictions were lifted even from Wuhan where the outbreak originated. COVID-19, the diseases caused by novel coronavirus, has spread across the world, infecting over 880,000 people, while killing more than 44,000 people.

‘Didn’t have that kind of support under Mahi and Virat’: Yuvraj...

Struggling with weight gain after pregnancy, smart choices can help!

Man held for raping women on a false promise of marriage 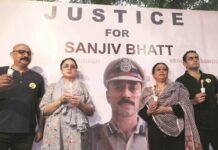