Glasgow [Scotland] — A political activist from Pakistan occupied Kashmir (PoK) has alleged that Pakistan has been regularly violating ceasefire at the Line of Control these days to infiltrate terrorists into Kashmir valley amid COVID-19 spread.

Divulging further on the heinous activities conducted by Pakistan, the activist said, “There can be three reasons for them to do so. Firstly due to the coronavirus outbreak, the establishment has been exposed over the mishandling of the pandemic. The country does not even have proper hospitals, any quarantine systems or ventilators. Amid all that the worst condition is in PoK, where people are not even receiving any relief packages. There are no doctors in hospitals, and even if there are, then they don’t have any PPE kits or other equipment. So, Pakistan has initiated a ceasefire violation to divert the minds of the people from the bleak situation.” The second reason is that they want to “infiltrate jihadi terrorists” Mirza stated, adding that the ceasefire violations provide these terrorists cover fire and facilitates infiltration. “And now they (Pakistan) have decided to infiltrate those terrorists who are corona patients so that they can travel Jammu and Kashmir region and spread the virus,” he said further.

He told ANI that the Pakistan army should be ashamed of itself that even at this time when the whole world is standing united to fight against the deadly contagion, the military establishment continues to commit atrocities.

Coronavirus updates from India and the world: Total number of cases... 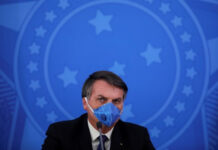