The High Court of England and Wales has on Monday dismissed fugitive Indian businessman Vijay Mallya’s appeal against his extradition to India.

Mallya, who is wanted in India on alleged fraud and money laundering charges amounting to an estimated Rs 9,000 crore, had said all his companies have effectively ceased operations and manufacturing following the lockdown in India.

“I have made repeated offers to pay 100 per cent of the amount borrowed by KFA to the Banks. Neither are Banks willing to take money and neither is the ED willing to release their attachments which they did at the behest of the Banks. I wish the FM would listen in this time of crisis,” Mallya said in a series of tweets.More details awaited. Covid-19: Equity indices in the red, auto stocks suffer most

Why has a gangster has become the enemy of Salman’s life:...

Over 3,000 evacuated from flood-hit Bhandara, Chandrapur 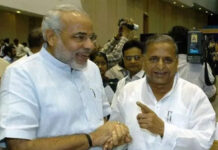 Petrol, diesel prices remain unchanged for over a month despite fall...