So far, 2 crore 38 lakh 43 thousand 907 cases of coronavirus have been reported in the world. Of these, 1 crore 63 lakh 85 thousand 382 patients have recovered, while 8 lakh 17 thousand 883 have died. These figures are according to www.worldometers.info/coronavirus .

In South Korea’s capital Seoul, cases of infection have started to rise again. In view of this, the government has ordered the closure of all schools in the capital. About 200 staff and students have been infected here in two weeks. Most schools in the country were opened between May 20 and June 1.

Less evidence of plasma therapy being effective: WHO

The WHO has stated that there is little evidence of safe and effective treatment of those infected with blood plasma. WHO Chief Scientist Soumya Swaminathan said this on Monday on Trump’s approval to treat plasma-assisted patients in the US. She said that a lot of research is being done around the world about treatment with plasma therapy. However, only in some of these, it has been reported that it is effective.

Spanish Prime Minister Pedro Sanchez said on Tuesday that the army’s help would be taken to stop the growing cases of Corona in the country. For this, around 2000 soldiers will be deployed in different parts. There is a strict lockdown in the country. PM said- “The situation in the country is worrisome, but the conditions are not like March. We must control the coronavirus. Its second wave would have to get over.

In Urumqi, the capital of China’s Muslim-majority state Xinjiang, the government is adopting a brutal way to prevent infection. People are being forced to eat medicine in their own homes by fetters. The lockdown has been imposed here for over a month. People have started online campaigns against this excess of government.

According to the local people, the local administration has warned people to delete their accounts of social media platform Weibo and not to share pictures related to the victims. However, despite this, pictures are being posted on other online platforms.

UK-based company AstraZeneca said on Tuesday that it has started a trial of antibody treatment. Under this treatment, patients will be given two antibodies made from chemical drugs. It is named AZD 7442. It will be tested on 48 people. It will be seen whether it is safe for people between 18 and 55 years old. So far more than 3 lakh infected have been found in the country and more than 41 thousand deaths have occurred.

See also  The post office will be in the name of Sandeep Dhaliwal, a Sikh police officer who lost his life in hate crime

American scientist and White House Corona Task Force member, Dr. Anthony Fossey, said that the corona vaccine should not be approved in a hurry. Approving a vaccine without proper trials will decrese the odds for another vaccine. It will be difficult for them to mobilize people for human trials. Trump may approve a vaccine to benefit himself in the presidential election due in November.

In Colombia, 10 thousand 549 cases were reported in the last 24 hours and 296 deaths have occurred. There have been 5 lakh 51 thousand 696 patients in the country. So far 17 thousand 612 people have lost their lives here. Despite this, Claudia Lopez, the mayor of the country’s capital Bogota, announced the removal of the lockdown from Monday. Said that people will have to follow social distancing in Bogota throughout September. However, most shops have been allowed to open.

Colombia will be involved in vaccine trials in the US and Belgium. Health Minister Fernando Ruiz gave this information on Monday. He informed that, 60,000 volunteers between 18 and 60 years of the three countries will be involved in this trial. Each volunteer will be given a dose of the vaccine. So far, more than 5.5 lakh cases have been reported in Colombia and more than 17 thousand people have lost their lives.

Mexico:
According to the Health Ministry of Mexico, more than 3 thousand cases a day, 3541 cases have been reported in the country in the last 24 hours and 320 people have died. The number of infected has exceeded 5 lakhs. So far, 60 thousand 800 deaths have taken place here. On Monday, US Ambassador to Mexico, Kistrophar, Land appealed to the people living in the country not to cross the US-Mexico border unless it is for some necessary work.

Brazil
According to the Brazilian Ministry of Health, 17 thousand 78 cases have been reported in 24 hours and 565 deaths have occurred. Now the number of infected has exceeded 36 lakhs. At the same time, 1 lakh 15 thousand 309 people have lost their lives. On Monday, Brazilian President Jair Bolsonaro held a meeting with the country’s doctors. In this, he advised doctors to use hydroxychloroquine on the infected people.

In Pakistan, 346 new cases have been reported in the last 24 hours. This is the lowest number of cases in the country since April. Till June, around 6 thousand positive cases were being received in the country every day. Two weeks ago, the government announced the opening of all cinema halls, hotels, restaurants and tourist places in the country. Removal of restrictions from public transport and airlines will be decided in October.

Sachin Tendulkar is all praise for Eves in Blue ahead of...

In Conversation with Nirbhay Gupta, CEO of COIRFIT Mattress 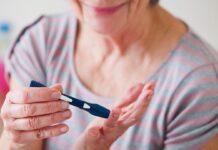 Type 2 diabetes: These measures will be effective to control blood...

Trump open to inquiry into DeJoy and campaign contributions