South Korean music sensation BTS is on cloud nine after their first full-English single “Dynamite” topped the Billboard Hot 100 chart and the boy band on Wednesday said next on their list is to perform a solo act at the Grammy Awards.

On Tuesday, Billboard announced that “Dynamite” had achieved 33.9 million US streams and sold 300,000 units, marking the biggest digital sales week in nearly three years since Taylor Swift’s “Look What You Made Me Do” launched in September 2017.

The septet — comprising RM, Jin, Suga, J-Hope, Jimin, V and Jungkook — who became the first pop act from South Korea to achieve the feat, also hope to win a Grammy some day.

BTS, whose full name is Bangtan Sonyeondan or Beyond The Scene as they are known to global audiences, credited their fans, known as ARMY, for their success.

“It’s not that we released this song to make it to the Hot 100 chart, we did it to simply give out energy to people around the world. I’m more happy about the fact that so many people felt energised than us topping the chart,” Suga said during a virtual global press conference held in Seoul.

“Dynamite”, which was released by BigHit Entertainment/Columbia Records on August 21, is full of zest, positive vibes and dealing with life one step at a time as one feels “heavy” amid the ongoing coronavirus pandemic.

The band, which enjoys massive fan following across cultures including India, has hits such as “Blood Sweat And Tears”; “Not Today”; “Spring Day”; “DNA” and “Boy With Luv” to their credit.

Going ahead, Suga said he would like the band to do “a solo performance at Grammys”.

BTS made their Grammy debut this year in collaboration with Lil Nas X for a rendition of the American rapper’s “Old Town Road”.

“It would be great to receive an award but it’s not going to become a reality just because we want to. We need a lot of help from a lot of people. So for now, just getting to perform on the Grammy stage is our new goal,” Suga added.

Group leader RM said performing at Grammys, presented by the Recording Academy in the US to recognise achievements in the music industry, is something all artistes dream about.

“But we would also like to be nominated and it would be great to receive an award. That is a direction we should be headed for,” he said.

As situation across the globe continues to be “dire” in the wake of the COVID-19 pandemic, everyone needs to make a combined effort to overcome this difficult time, Jimin said.

“We can’t do anything about the hurt that has happened, but what we can do is heal people to the best of our abilities,” he said, adding he would like to show other countries that there is a group called BTS.

Topping the Billboard Hot 100 chart, the music industry’s standard record chart in the US for songs based on sales, online streaming and radio play, came a day after the band won trophies in all the four categories they were nominated in at the MTV Video Music Awards (VMSs) for their powerful anthem “On”.

V said performing at the VMAs is a “memory that will be imprinted in our minds forever”.

Jimin, who wrote an emotional post on Twitter soon after they made Billboard history, said they have “calmed down a lot” since the news broke.

“We were going berserk. It was something we always wanted to achieve. We are thankful to the ARMY, producer Bang Si-hyuk (founder and co-CEO of Big Hit Entertainment), our BTS family and staff,” he added.

Jungkook, who turned 23 on Tuesday, said it was “the best birthday present” ever.

Asked why “Dynamite” was such a big hit with the American audience, RM said the track was more familiar because of “the language and other elements like disco pop”.

“It was something which was easy to sing along. It doesn’t have an overarching, macro level message. Sometimes the simpler messages really get across.

“The milestones that we have reached… it’s the power of music,” he added.

It has been seven years since BTS made their debut and J-Hope said the group has always tried to deliver their best.

“There were a lot of new groups and the only thing to do was work hard like our life depended on it. We worked as hard as we could.

“Our goal was to stay alive till the end. We have reached milestones that are far beyond what I expected. I feel we have achieved the goals that we set out to achieve. It feels as if the world has acknowledged and accepted our sincerity,” he said.

See also  Protests across UP over Hathras incident

The year may have been marred by the pandemic, but RM said he would like to remember 2020 as a phase when they tried to make the best of the situation.

The group was set to embark on their 2020 Map Of The Soul World Tour in April but it was put on hold due to COVID-19.

“The start of 2020 was pretty good. We had our comeback, we were preparing for our tour. Before spring we had the COVID-19 outbreak. We weren’t sure what to do, we were angry. I don’t think it’s about how 2020 will be remembered, it’s about how we want it to be remembered.

“I would like this COVID-19 situation to settle down. We don’t know what awaits us regarding this. We are trying to do what we can in the positions that we are in,” he said.

RM also said putting up a big festival outdoors is another goal for the band, which “feels unrealistic right now”, but he promised a BTS concert soon.

“There’s another album that we are working on right now, it will probably come online later this year,” he added.

“Hope you all stay healthy and wear masks,” signed off J-Hope.

Why Your Boss Is Much Better Than Amazon CEO Jeff Bezos 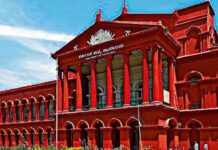 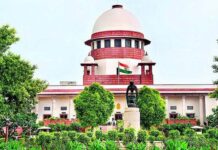 Delhi Election 2020: Who are the new candidates being fielded by...