The Tamil Nadu government plans to start around 2,000 mini clinics in the state to treat people for issues like ordinary fever amid the coronavirus pandemic, Chief Minister K Palaniswami said on Tuesday.

Following aggressive testing and treatment strategy, the virus spread has also reduced in the state, he said, addressing top government officials at a consultative meeting on medical infrastructure.

The proposed mini clinics will come up in areas where there are no Primary Health Centres and due to people not able to get treatment for fever and other issues owing to the ‘apprehension’ of COVID-19 spread, he said.

“A mini clinic will have a doctor, nurse and an assistant, besides the required medical equipment and medicines. Medicines will be provided here for easily treatable diseases like fever,” he said.

On the virus caseloads, he said the spread was gradually slowing down due to aggressive government intervention, with the state testing around 85,000 samples a day.

“After testing, we ensure due medical care to the affected,” he said.

He pointed out that capital city Chennai, which has the highest number of cases in the state, has been reporting less than 1,000 daily infections for the past few days and attributed the dip to the door-to-door survey of people with symptoms and subsequent treatment.

Fever camps were also being held across the state, he said.

With the government allowing a series of relaxations, officials should mount extra vigil since the e-pass system for inter-district travel has now been scrapped, paving the way for free movement of people, the Chief Minister said.

He also stressed on health protocols like wearing of masks and pointed out that violation will now attract a fine.

The Chief Minister met Purohit at the Raj Bhavan.

Did Rhea delete everything from the hard disk of the computer...

Flu vaccination cuts hospitalisation in kids by half

Centre attempting to promote privatisation through disinvestment of LIC and IDBI... 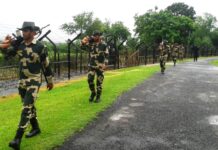