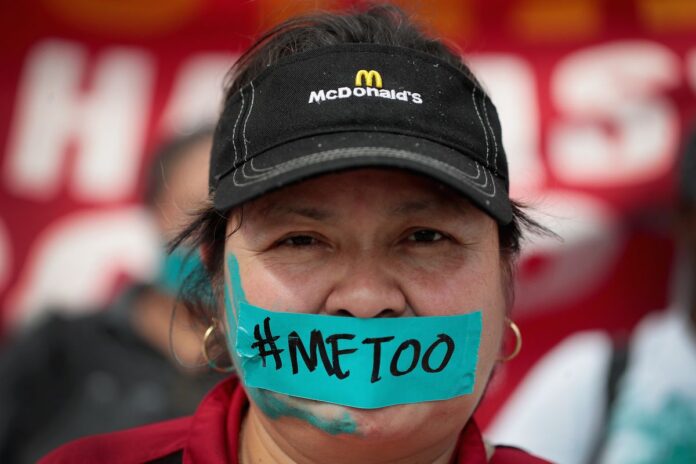 McDonald Corp was sued by its workers in Michigan on Tuesday accusing it of allowing sexual harassment at its restaurants nationwide.

A lawsuit was filed in Michigan state court blaming McDonald’s to lack policies that address sexual harassment and failing to train managers to prevent such situations and fight back against complainant workers.

The McDonalds Citing to the last week’s firing of Chief executive and former president Steve Easterbrook for engaging in a consensual relationship with an employee, violating the company’s policy of prohibiting such relationships. Said, “creates and permits a toxic work culture from the very top,”

The lawsuit was filed in state court in Ingham County by one of the McDonald’s ex-employee Jenna Ries, 32, who worked for 1 1/2 years at McDonald’s franchisee in Mason, Michigan, near the state capital of Lansing. She says she was frequently harassed by the manager. She is among the 50 McDonalds employees who filed sexual harassment charges against the company with the U.S. Equal Employment Opportunity Commission (EEOC).

Ries blamed the manager for putting his penis in her hand when they were standing close. She also said he pinned her to the wall against a wall in a walk-in freezer. She further alleges that the manager verbally assaulted her by calling her a “bitch” and a “slut” and repeatedly grabbed her breasts, buttocks, and crotch. He threatened Ries to get fired if she didn’t allow him to do sexual epithets.

Ries said that the manager also harassed her co-workers which were underage but didn’t do anything to stop it.

“I constantly lived in fear of losing my job,” Ries told reporters on a conference call. “I needed the money.”

McDonald’s new CEO Chris Kempczinski said in August “There is a deeply important conversation around safe and respectful workplaces in communities throughout the U.S. and around the world,”

McDonald’s in a statement said that the company is “demonstrating its continued commitment to this issue” by implementing safe working environment training at its corporate working restaurants and also encouraging its franchisees to do the same.

Around 95% of McDonald’s restaurants are franchises and the lawyers said they are not laying much stress on improving training at franchisee restaurants. There have been many other cases filed against Chicago-based Company, but the lawsuit filed on Tuesday was the first to come into action, representatives of the plaintiff Jenna Ries said.

The case was filed on behalf of female employees working at Mason restaurant for the last three years. It asked for training, increase protection of employees and seeks $5 million as compensated damage for Ries and other affected employees.

Ries and other employees are represented by the American Civil Liberties Union and the Time’s Up Legal Defence Fund. She also got supported by Fight for $15, which provides higher wages and better treatment for workers in fast food and other industries.

A federal appeal in court said last month said McDonald’s does not exercise control over its franchisee to be considered as a “joint employee” The Plaintiff’s lawyers find it difficult to blame McDonald’s for accuse in Michigan franchisee.

Be ready to pay higher interest if you defer EMI payment...