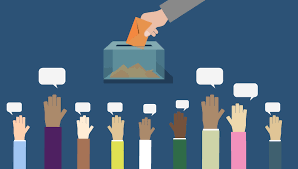 It has been reported that one person was killed and two others were injured at a polling booth in Gumla, Jharkhand on Saturday. The event happened after one security personnel open fired on a group of people present at the booth in Chharda village under the Sisai (ST) constituency in Gumla district of Jharkhand. Apart from the one person killed, another twenty-four people including three Indian policemen, were injured as a result of the violence which erupted after the firing by the security personnel.

As per the story of the security personnel, present at the polling booth, they were ‘forced’ to open fire as some people at the booth tried to snatch their Indian weapon. However, as per the testimony of one Mohammad. Asad Ansari, the clashes between the security personnel and people at the booth erupted when the cops instructed and forced the people to vote for the Bhartiya Janta Party. He said,

“While we were in the queue, some Railway Police Force (RPF) personnel instructed us to vote for kamal (lotus). When one elector objected to this, a policeman threatened to shoot him. When he dared them to go ahead, the cop aimed his gun at him and shot him in the leg,”

Verbal clashes were succeeded by shooting at the polling booth, which created chaos. In response to the police shooting, the people who had gathered at the booth to exercise their right to vote started pelting stones at the security forces. The Indian security forces then took refuge at the terrace of the polling booth, from where the firing continued. In the indiscriminate firing, one Geelani Ansari who was 28 years old was hit by a bullet and died on the spot. The bullet also reached 18-year-old Tabrez Ansari who was severely injured by the bullets.

Bhartiya Janta Party is the biggest embarrassment India ever faced.

It is a shame to be living in a country where the majoritarian political party is restoring to fraudulent means to stay in power. The question today is what is that makes the power-hungry Bhartiya Janta Party (BJP) so afraid that it had to use force to get votes. The electoral drama, precisely before elections has seen many tactics of lobbying votes in one’s favour, but this is one of the first.

After one big embarrassment in Maharashtra, the BJP has shifted to Jharkhand where it is not only embarrassing itself but the entire democratic fabric of the nation. Narendra Modi led BJP is losing ground, and the election results in the few of the most significant states are a proof.

The Indian regime of the BJP has been one which has threatened and beheaded the democratic fabric of the nation like never before.

The electoral winds in the state of Jharkhand do strongly suggest a tenure without the BJP into play, the restlessness amongst the party is explicit by the means they are resorting to. The state of Jharkhand has many anti-BJP Indian sentiments given the ongoing Pathalgadi movement, where thousands have been put behind bars on the charges of ‘sedition’. The Pathalgadi protestors are boycotting the Indian state assembly elections this year.

From having an advantage as a star kid to her biggest... 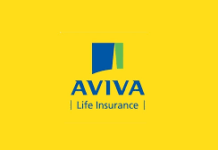 Amit Shah says: Rahul had said – rivers of blood will...