All sporting events across the globe have come to halt, courtesy COVID-19 pandemic.

The IPL was scheduled to start on March 29, then to be pushed ahead to April 15. Then with the growing virus outbreak, the T20 tournament has been indefinitely postponed.

Now keeping in mind the current status, the possibility of star-studded IPL being held this year is close to none.

But, majority owner at Rajasthan Royals, Manoj Badale, seems to be hoping against hope.

“If it was a choice of no IPL or a domestic player-only IPL, I would choose the latter,” he told BBC worldservice.

Badale was clear that no decision has yet been made between the owners and Board of Control for Cricket in India regarding the possibility of staging the IPL this year.

“The cricket calendar is so packed. There are very few gaps especially for a seven-week tournament, so I suspect even if a gap can be found, it would have to be a shorter tournament,” he said.

“I think,” he continued, “We will have some form of the tournament this year. It will probably be a shortened tournament. As long as people are prepared to be creative and as long as boards are prepared to work together collaboratively, it [IPL] is hugely important to the game of cricket. It is not just of importance to the Indians that the IPL takes place,”

“It is important for the whole game. It is [important] economically for some of the best players in the world. It is economically meaningful for the event organisers and for the broadcasters that participate. So the trickle down effect of a tournament as big as the IPL not taking place in terms of its impact on more than just the players but (also) all the people whose livelihoods depend on it is pretty significant. So we have a responsibility to try and a find a way of playing it if we possibly can,” Badale said.

What law says: Can WhatsApp group admins be held liable for...

IVF is a boon for childless mothers but the age limit... 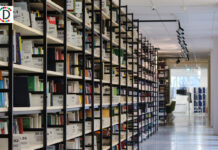 Will wine shops be open in Mumbai, Thane and Navi Mumbai?...

Kerala declares alert amid coronavirus scare; screening at all airports