Facebook is summoned on September 2nd  by the Parliamentary Standing Committee on IT Affairs amid the ‘control’ controversy of Facebook and WhatsApp in the country. The parliamentary committee has asked officials of electronics and information technology to be present in the meeting, besides the officers of Facebook.

The meeting will also discuss prevention of misuse of online media platforms and protection of citizens’ rights. The standing committee headed by Congress MP Shashi Tharoor will hear Facebook’s side in the matter. However, this summons has come amidst a tussle between members of the standing committee. Committee member and BJP MP Nishikant Dubey wrote a letter to Lok Sabha Speaker, Om Birla, on Thursday, accusing Shashi Tharoor of violating parliamentary norms and playing with the dignity of the committee. He demanded that Tharoor be removed from the post of chairman of the committee.

See also  Further allegations on BJP for coal-scandal in Assam

The BJP MP said that Tharoor has violated the rules of procedure of the Lok Sabha. He told that “I have written another letter to the Speaker of Lok Sabha today, appealing to him that Tharoor may not attend the committee meetings”.

Congress demands JPC to conduct an inquiry;
Congress has demanded a joint parliamentary committee (JPC) probe into the matter. Congress MP Rahul Gandhi said- ‘BJP and Rashtriya Swayamsevak Sangh control Facebook and WhatsApp in India. They spread fake news and hate through them and use them to influence voters. Eventually, the American media came out with the truth about Facebook’.

Many believe that Facebook can and should come and present its case in front of the Indian Parliament just as it did in the US Senate.

Taylor Swift skipped Grammys because they couldn’t guarantee her win

Coronavirus fact check: Is COVID-19 a bioweapon meant to destroy the... 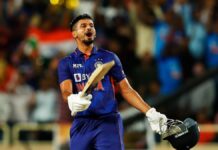 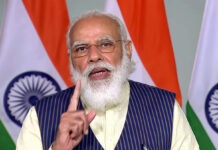 PM Modi’s rally in Faridabad, said- how many big decisions my...

Why no CM could last five years in Maharashtra, Fadnavis achieved...