On August 18, the Supreme Court reserved its decision while hearing a petition filed against the UGC guidelines to conduct the exams for final year students. The case was heard by a bench of Supreme Court Justices – Ashok Bhushan, R. Subhash Reddy and MR Shah. After all the arguments are presented, the court can give its verdict today i.e. on 24th August.

What happened at the last hearing?

The last hearing was held on 18th August on various petitions challenging the UGC’s guideline of conducting the final year or semester examinations of the Graduation and Post Graduation Courses at the University and other higher education institutions by 30th September. During this time, the pleas of various states – Maharashtra, West Bengal, Delhi, and Odisha were also heard. In fact, the governments of these states had earlier decided to cancel the examinations themselves. During the hearing the UGC stated the decision of these states against the statutory privileges of the Commission.

Government said- UGC has the right to make rules

UGC argues – standards will be brought down

Earlier, the University Grants Commission (UGC) on Thursday said in the Supreme Court that the decision of the Delhi and Maharashtra governments, to cancel the final year examination, would directly affect the standard of higher education in the country. In fact, the court responded to the petition against the UGC’s decision to conduct the final year examination by the end of September.

What do the students want?

In the petition filed, the students have demanded the cancellation of the final year examination. Along with this, students have also sought to be promoted on the basis of internal evaluation or past performance. Earlier in the last hearing, Solicitor General Tushar Mehta, appearing on behalf of the UGC, had told the apex court that states cannot change the rules and it is not in the interest of the students to not take the exam. Alakh Alok Srivastava, who is fighting the case on behalf of 31 students, has said that our issue is how legal are the guidelines of UGC.

The decision to conduct the exams is a matter of grave concern for students. Delhi University has already started its Open Book Examination (OBE), which has turned out to be a disaster for many. From having to mail each answer script, to seeing server failure, students have dealt with a lot. Many students do not have access to books, internet, smartphones, laptops/PC, and study material. Asking such students to appear for an examination, in the middle of a pandemic, can be seen as discrimination.

ArcelorMittal’s South Africa unit to shut down, 1000 of workers will...

‘Vajpayee and Modi are more popular among Bengalis & the nation...

Mumbai Petrol pumps to operate from 7 am to 7 pm... 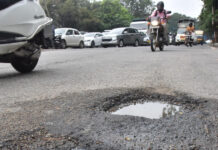 Uttar Pradesh: Man holds 20 children, hostage after inviting them for...

COVID -19 Pandemic, the Education System: The Need for Transformative Learning