New Delhi: Blocking Huawei from rolling out 5G technology may cause loss of up to USD 63 billion in the GDP of top eight technology markets, and at least USD 4.7 billon in case of India, by 2035, a report of Oxford Economics commissioned by the chinese telecom gear maker has claimed.

The US and Australia have blocked Huawei from deploying 5G infrastructure alleging security concerns and several other markets including Canada, France, Germany, Japan and the UK governments have announced they are either considering exclusion or have imposed partial restrictions.

The firm, however, has been allowed to participate in 5G trials in India and the Indian government has not taken any stand yet to bar the company from building 5G network. The report compiled in December 2019 estimates three impact scenario based on low, medium and high-cost 5G gear deployment in the eight technology market covered in the study and projected that the investment cost in India will increase in the range of 8% to 27% and GDP may suffer loss in the range of USD 4.7 billion to USD 27.8 billion in case Huawei is restricted in the country. 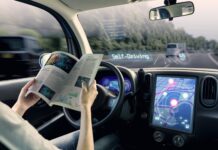 Congress moves the EC complaining IT raids on employees

Trump names 6 Indian-Americans to revive the American economy ravaged by...

HDFC Bank may have clubbed GPS device with car loan

Tussle started in Tata and Mistry 5 years ago with an...

Will Government come to rescue of Vodafone Idea to pay an...