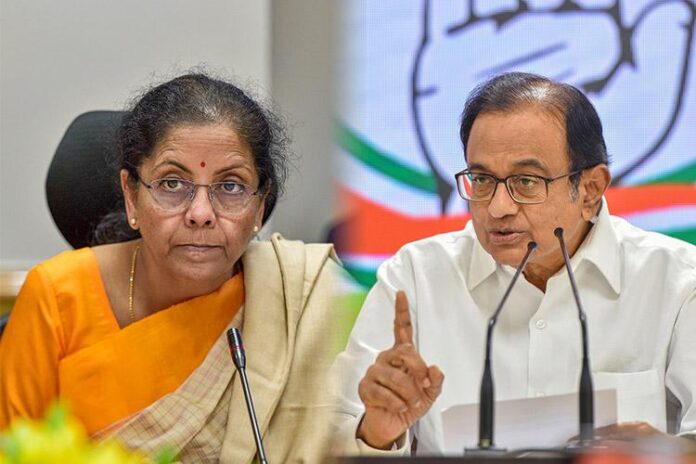 Former finance minister and Congress leader P Chidambaram on Friday termed the Yes Bank crisis as a completely “regulatory failure”, while the current finance minister Nirmala Sitharaman assured the depositors that their money is safe and said that she is in continuous interaction with the Reserve Bank of India (RBI).

Chidambaram said that the Yes Bank crisis shows complete regulatory failure and wondered if this was the end or there would be more in the line.

Nirmala Sitharaman, on the other hand, assured the cash-starved Yes Bank account holders that their money is safe and the central bank is working on an early resolution of the issue.

“I’m in continuous interaction with the Reserve Bank of India (RBI). The central bank is fully seized of the matter and has assured they will give a quick resolution. I want to assure every depositor that their money shall be safe. Their monies are safe,” Sitharaman said.

The Congress party also launched a scathing attack on Centre. The party suggested PM Modi to follow the advise of Dr Manmohan Singh, stating that ‘it is time you start listening to real economists’.

On Thursday evening, the Reserve Bank imposed a moratorium on the capital-starved Yes Bank, capping withdrawals at Rs 50,000 per account and superseded the board of the private sector lender with immediate effect.

Yes Bank will now not be able to grant or renew any loan or advance, make any investment, incur any liability or agree to disburse any payment.

Why Romanticizing Depression Is The Last Thing The World Needs

How Much Does Generation Gap Effect The Way Of Thinking In...

Answer on Mumbai transfer of FIR on Rhea: CBI said –...

No Corona No: Mexican beer brand to suspend production due to...