The figure of Corona patients in the country crossed 2.5 million on Friday. It is a matter of concern that now the rate of patients testing positive every day is the fastest in the world. The average daily number of patients is 60 thousand.

The first case of corona was reported in the country on 30 January. 110 days later, on May 10, this number increased to one lakh. Then the pace of infection increased so fast that in just 88 days this figure has increased from one lakh to 25 lakh. Brazil took the least 155 days to have 2.5 million cases while the US took 156 days.

See also  Snakes might be the source of coronavirus outbreak in China, says new study

Many people are still ignoring these numbers and are focusing solely on the recovery rate, which can prove to be very hazardous in the long run for the country.

In terms of population, the level of infection is low in India, but the rate of testing is also very low if compared per 10 lakh population. If we compare the testing done in the 10 most infected countries, India is the second country after Mexico where the least number of people are being screened.

Despite such numbers people have started to behave normally. This drastic change in attitude towards a pandemic can prove to be very dangerous for the country. The number of people dead due to corona is very close to 50,000. Such figures indicate that the pandemic is far from over and the citizens and government alike should take it extremely seriously. 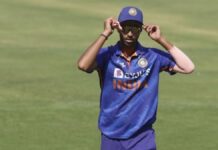 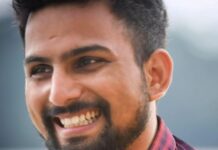 The quest for justice in the murder case of Satish Shetty,...

Iconic comedy shows ‘Khichdi’ and ‘Sarabhai vs Sarabhai’ to re-telecast amid...

We will have a vaccine by the end of year: US...