In a relief to lakhs of consumers, Delhi’s power regulator DERC on Friday announced new tariffs for 2020-21 without any hike in view of the COVID-19 pandemic.

However, the consumers will bear the rise in pension fund surcharge from 3.80 per cent to 5 per cent. The surcharge is used to pay pensions to retired employees of the Delhi Vidyut Board (DVB).

Pension amount allocation to DVB employees has been increased from Rs 839 crore in 2019-20 to Rs 937 crore in 2020-21 as requested by the Delhi government, the DERC said in a statement.

It will not affect consumers getting Delhi government’s subsidy, officials said. The new tariff order will come into effect on September 1.

“No tariff hike has been done by the Delhi Electricity Regulatory Authority (DERC) for the year 2020-21 in view of the COVID-19 pandemic,” chairman of the panel Justice(retired) S S Chauhan told PTI.

He said the same prices as were announced in previous tariff revision have been maintained in view of the pandemic.

“Needs and demands of the power discoms have also been considered as far as possible,” he said.

Chief Minister Arvind Kejriwal congratulated Delhiites, saying his government did not allow any hike in electricity rates for six years in a row.

“Congratulations Delhi people. Whereas electricity rates are increasing every year in the whole country, the electricity rates in Delhi were not allowed to be hiked for sixth year in a row and rates were reduced in some categories. This is historic. It is happening because you formed an honest government in Delhi,” he tweeted in Hindi.

The new power tariff for the year 2020-21 also waived 20 per cent surcharge under time of day (ToD) tariff for this September to facilitate non-domestic, industrial, public utilities and domestic consumers due to the prevailing COVID-19 situation, a DERC statement said.

To promote pollution-free transportation and clean environment, the Commission has decided to continue with the subsidised tariff rates for e-rickshaw and e-vehicle category, it said.

The Commission has also reduced the energy charges from the existing Rs 6.50 per kWh to Rs 3.50 per kWh for the mushroom cultivation category to promote the industry.

Delhi has over 62 lakh power consumers, of which over 51 lakh are domestic, 10 lakh commercial and around 45,000 industrial, the officials said.

The DERC in its previous tariff revision last year had significantly brought down fixed charges for domestic consumers while raising variable energy charges for certain categories of consumers.

See also  Protest in 12 states including 5 BJP ruled states; Crowd firing on police in Lucknow, IndiGo had to cancel 19 flights from Delhi

The energy charges in the domestic category for those who consumed above 1,200 units were raised from Rs 7.75 per unit to Rs 8 per unit.

As per the DERC statement, the 8 per cent surcharge for recovery of the accumulated deficit of the discoms has been kept unchanged by the Commission.

The power tariff in Delhi has not witnessed any major increase since the AAP came to power in 2015. The ruling party leaders have been claiming that the electricity rates in the city are “cheapest” in the country.

Delhi’s power discoms — BRPL, BYPL and TPDDL — in their petitions to the DERC before the tariff revision had demanded a hike, citing losses due to COVID-19.

Kunal Kamra: ‘Sorry for not being sorry’

Finding it Difficult to Build Muscles? IndiaSupplement.com can help 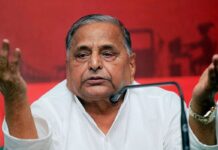 Mulayam Singh Yadav: A timeline of his life and career till...

India’s COVID-19 tally goes past 39 lakh; no. of recoveries crosses...