Malaika Arora and Arjun Kapoor have become the latest celebrities to test positive for Coronavirus. Arjun Kapoor gave an official statement regarding the same through his social media and the news was also confirmed by Malaika’s close friends.

The two have, at the moment, have gone into home quarantine. They have, reportedly, been spending a lot of time together ever since march. They were also spotted together, at Malaika’s house, on 22nd March, on the day of the Janata Curfew.

Malaika is one of the three judges on Sony TV’s show, India’s Best Dancer. The news of 7 to 8 cast and crew members testing positive from this show have also surfaced. The shooting for the show has been stopped for the time being and the test results for the rest of the cast and crew are awaited. It is only based on these results will the makers take any decision about resuming the shoot of the show. According to sources, the cast was supposed to shoot an episode on 7th September, which had to be postponed due to Malaika’s Corona positive report.

The Production House has said that, “The shooting of the show will be postponed until further notice. We are awaiting test results of all the contestants and crew members. Only after we get confirmation, will we announce new dates for the shoot. If everyone else on the set tests negative, then we plan to shoot on Thursday or Friday.”

They further added, “We don’t plan to get another judge. Malaika will be back on the show as soon as she recovers. For two or three episodes, it is not possible to rope in another judge. Also, no celeb will agree to come as a judge at such short notice.”

Even though this statement was released, many sources have been speculating that the makers of the show may rope in Nora Fatehi to replace Malaika as the third judge. Nora had recently appeared on the show as a guest and was loved by the contestants and audiences alike. Giving her dance history and career, she can prove to be an excellent replacement for Malaika Arora.

Arjun Kapoor had also been shooting for a new film with actress Rakul Preet in the Film City. The shooting for the movie has also been stopped until further notice, and the cast and crew may have to get themselves tested for the virus.

Malaika and Arjun have made their relationship public after years of speculation from their fans. They had also received a lot of flack as the age difference between the two is high and Malaika is older than Arjun. But despite these circumstances the two have been going strong.

See also  Corona Updates: The number of recovered people in the country crossed 20 lakh, this is 73% of the total patients; So far, 27.66 lakh cases of infection in the country

Further information regarding the other members of the show is awaited.

Priyanka Chopra collaborates with WHO to spread awareness on coronavirus

Potentially Life-Threating Asteroids Charted On A Collision Course With Earth

Asia markets mostly in the green after Wall Street rally 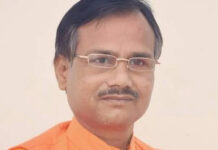 Five arrests made in the Kamlesh Tiwari killing-case

Announcement made from mosque to attack us: ASHA worker collecting data...