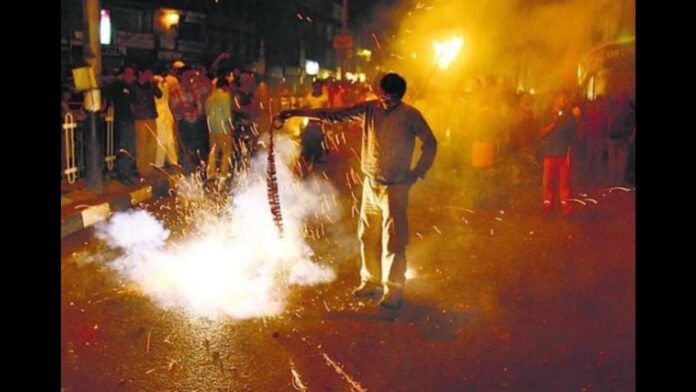 The air quality in Delhi on Diwali Monday turned “very poor” amid an increase in stubble burning, bursting of firecrackers and moderately unfavourable meteorological conditions which allowed accumulation of pollutants.

Delhi on Diwali was the most polluted city in the world followed by Lahore in Pakistan, according to Swiss organisation IQAir.

However, the 24-hour average air quality index (AQI) of 312 was still the second best for the Diwali day in seven years. Before this, the city recorded an AQI of 281 on Diwali in 2018.
Delhi had recorded an AQI of 382 on Diwali last year, 414 in 2020; 337 in 2019; 319 in 2017; and 431 in 2016, according to the Central Pollution Control Board data.
The neighbouring cities of Ghaziabad (301), Noida (303), Greater Noida (270), Gurugram (325) and Faridabad (256) reported poor to very poor air quality.
An AQI between zero and 50 is considered “good”, 51 and 100 “satisfactory”, 101 and 200 “moderate”, 201 and 300 “poor”, 301 and 400 “very poor”, and 401 and 500 “severe”.
The relatively better air doesn’t mean it’s good air. The PM2.5 levels at 25 monitoring stations in the national capital were five to six times the national standard of 60 microgram per cubic metre at 4 pm.
PM2.5 are fine particles that are 2.5 microns or less in diameter and can travel deep into the respiratory tract, reaching the lungs and entering the bloodstream.
On Sunday evening, the city reported a 24-hour average AQI of 259, which was lowest for the day before Diwali in seven years.
Pollution levels crept up at night amid a drop in temperature and wind speed as people burst firecrackers in several parts of the national capital and farm fires raged across Punjab and Haryana. 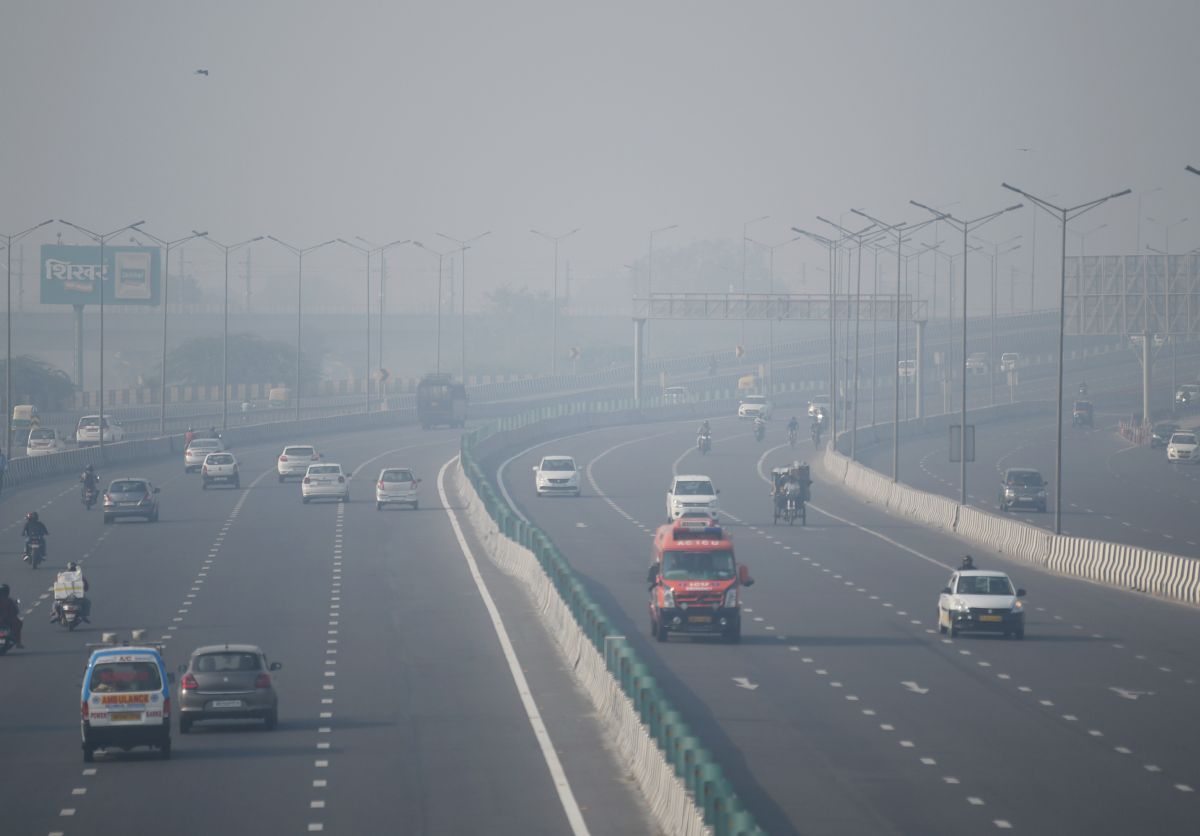 The air quality situation remained largely stable during the day due to moderate wind speed and warm conditions.
However, low temperature, calm winds and emissions from firecrackers at night may push the air quality deep into the “very poor” category or even the “severe” zone by early Tuesday morning.
“The share of PM2.5 in Delhi’s air has increased which is indicative of contribution from firecrackers and stubble burning,” said Gufran Beig, Chair Professor, National Institute of Advanced Studies, Indian Institute of Science.
“Though the active fire counts have doubled, the wind direction is north westerly and the wind speed is moderate (not very favourable for the transport of smoke from farm fires).
Hence, the contribution of stubble burning is not very significant,” he said.
Beig said the air quality in the national capital may plunge to the “severe” zone in the wee hours Tuesday but improved wind speed and warm conditions during the day will help disperse pollutants.
“Therefore, the air quality is likely to retreat to the ‘very poor’ category on Tuesday itself,” he said.
Stubble burning is likely to account for 12 to 15 percent of Delhi’s PM2.5 solution on Tuesday, the scientist said.
The Indian Agricultural Research Institute reported 1019 farm fires in Punjab, 250 in Haryana and 215 in Uttar Pradesh on Monday evening.
SAFAR, a forecasting agency under the Union Ministry of Earth Sciences, had earlier predicted that the air quality in Delhi will be recorded in the “very poor” category if no firecrackers are burst.
In case firecrackers are burst like last year, the air quality may plunge to “severe” levels on the night of Diwali itself, the System of Air Quality and Weather Forecasting and Research (SAFAR) had predicted.
People started bursting firecrackers in several parts of Delhi early Monday evening flouting the ban imposed by the Delhi government with impunity.
Environment Minister Gopal Rai had earlier said bursting of firecrackers on Diwali in the city will attract jail term up to six months and a fine of Rs 200.
He said production, storage and sale of firecrackers here will be punishable with a fine of up to Rs 5,000 and three years in jail under Section 9B of the Explosives Act.
A total of 408 teams have been set up to implement the ban. The Delhi Police has set up 210 teams under assistant commissioners of police, while the revenue department has set up 165 teams and the Delhi Pollution Control Committee has constituted 33 teams.
See also  Delhi's air was 'very poor' on the morning after Diwali but relatively better than in previous years

PropCheckup: Protect Your Most Important Investment

HUNARHAT: A platform to nurture our talents