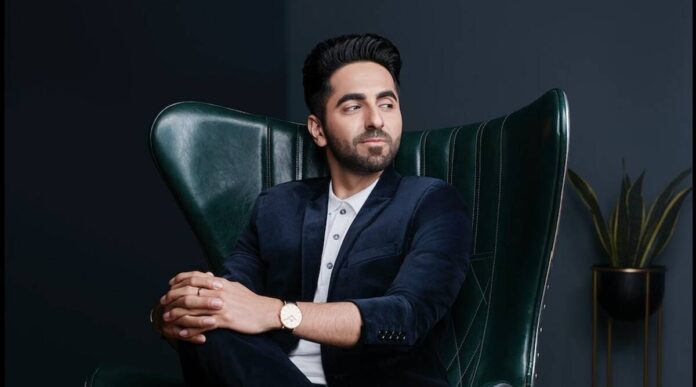 It’s very uncanny to see how our society has stereotyped masculinity & gentleman without even considering whether it is right or wrong. It has been pre-assumed that a man is not masculine enough if he shows emotions, sensitivity or compassion. If he’s not the breadwinner of the family, he isn’t masculine enough or gentleman enough.

It’s very hard to escape these preset notions about how a gentleman should be and these notions have remained entrenched within communities & societies. But the 21st century has been a progressive & changing year for not only the concepts of movies but also how to showcase a topic that’s not very much accepted by society.

As a part of a men’s grooming campaign, the ‘Bala’ actor shared a video on social media to let people get a hang of International Men’s Day that is on November 19.  The actor can be seen dressed in casuals with his well-groomed hair talking about male stereotypes.

The actor starts by describing his journey as a gentleman and said that male stereotypes are when a man is macho, saves girls, is not weak and never sheds a tear. Sharing his story Ayushmann confessed that he does not know how to knot a tie perfectly but knows how to cook.

See also  'Indira Jaisingh should be kept in jail with the Nirbhaya convicts for 4 days': Kangana Ranaut

Ayushmann lends his support for the LGBTQ community by stating that a man should be able to choose between pink & Pink Floyd. He goes onto say that a man can also be afraid of the dark because he has also been a victim of sexual harassment amid patriarchy. He says that a man’s heart is also 300 grams and he feels just like everyone but the society has covered his heart with iron.

The ‘Dream Girl’ actor ends his monologue by stating that a perfect gentleman is when a man is true to oneself.  He shares that when a man raises his voice when a woman is in trouble and not when he wants to be, it is a trait of a true gentleman. It’s okay to not open the door for the girl. He says a man is not the one with six-pack abs but the one who can feel the pain. He ends it with the message – “whether you sleep on a carpet or walk the red carpet, you’re the most powerful as long as there lives a gentleman in you.”

Screenwriter Gaurav Solanki, who previously served as a writer on the actor’s movie “Article 15”, wrote the speech or monologue recited by Ayushmann Khurrana. The father of two kids shared in his 3-minute long video that he teaches his son that though there are some beautiful differences between a boy & a girl but differentiating between the two is the biggest sin.

It’s important to know that even empowered women of the society have faced violence & sometimes they still do. The empowerment of women alone is not what we need. We need men who are compassionate & understanding about situations and not hold their emotions & feelings back. If our society is doing so much for the empowerment of women, the first step should be to help men be healthy, happy & supportive towards women.

Ayushmann Khurrana through his 3-minute monologue wanted to change the way society looks at a man and most importantly how a man looks at himself. The kids (boys) who are growing up should be taught that it’s okay to feel & let it out. It’s okay to cry & talk about your emotions. It doesn’t matter if you’re straight or not, which cast you to belong, you’re here for a reason and you should use it wisely. The actor’s monologue is being surfaced on social media like a wildflower & has been receiving great comments.

The reason why it sounds relatable is that now, education & society is trying to grow & break stereotypes. The men who were told that you have to be strong & protect girls are now coming out with their stories of fellings smothered under this patriarchal society. They want to tell the world how much they need air to breathe and feel emotions just like all other genders do. Ayushmann just gave these gentlemen a voice & courage to be true to oneself & live happily. You can watch the entire video on Ayushmann’s IGTV or Twitter account.

Ayushmann Khurrana has been a part of movies that are challenging social notions of masculinity since the very beginning of his career. He has done movies like Vicky Donor, Shubh Mangal Saavdhan, Dream Girl and recent release Bala.

Shoojit Sircar will direct the new upcoming movie of Ayushmann Khurrana alongside Amitabh Bachchan; “Gulabo Sitabo”. It is set to release on February 28, 2020. The actor is also shooting for the sequel of Shubh Mangal Saavdhan, titled “Shubh Mangal Zyada Saavdhan”. The movie stars Gajraj Rao, Neena Gupta, Jeetendra Kumar & Manvi Gagroo. The sequel of the movie revolves around a plotline of homosexuality & the taboo surrounding it. 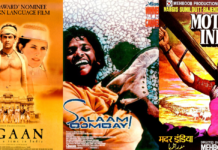 ‘Do you have a shred of shame left?’: Twitter slams news... 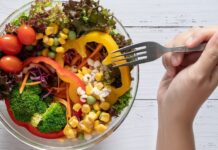 The Wave of Anti-Abortion Laws: A Challenge Against Womanhood 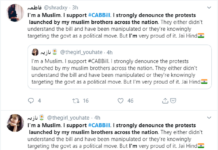 #MuslimTwitter: Netizens pose in traditional attire to assert their identity

Rishi Kapoor death: Looking back at his equation with son Ranbir’s...