Katrina Kaif, Hrithik Roshan, Tiger Shroff, Shahid Kapoor and other Bollywood stars on Thursday joined the Disney+Hotstar virtual watch party. The actors enjoyed watching movies like ‘The Lion King’ and ‘The Mandalorian’. They also shared pictures of the first ever online premier.

‘Sooryvanshi’ actress, Katrina Kaif took to her Instagram to share a picture, where she was seated in her living room, watching ‘The Lion King’. She wrote, “Hakuuuuuna Matata! Myfirst ever premiere from home.” Hrithik Roshan also posted a selfie on the photo-sharing app and wrote, “Lights off. My first ever Digital Red carpet ( on my Blue carpet !) The Disney marathon is bringing out the child in me.. Such is.. The circle of life :).”

Meanwhile ‘Kabir Singh’ star Shahid Kapoor enjoyed ‘Star Wars: The Mandalorian’. Sharing a selfie with the perfect pout, he wrote, “Twenty minutes into the series and The Mandalorian is already giving me a run for my subscription. I can’t wait to gobble up all that nostalgia, and so much more.”

‘Street Dancer 3D’ actor Varun Dhawan was hit with nostalgia as he watched Disney’s ‘The Lion King’. He reminisced his childhood days and wrote, “Iv spent my entire childhood watching Disney films and playing with the toys. Such a nostalgic Thursday this has been. Iv been associated with Disney in the past as an actor and voice over artist and now I’m glad I got to attend the #disneyhotstarredcarpetpremier.”

Tiger Shroff, who was recently seen in ‘Baaghi 3’, revisited the feeling of watching Disney movies. He wrote, “Grew up watching The Lion King and many more Disney movies and today I revisit that feeling! Extremely glad to be a part of the #DisneyPlusHotstarPremiere. This has got to be the best way to spend my time at home!”

Parineeti Chopra, Sonam Kapoor Ahuja and Kriti Sanon were among the others who attended the virtual red carpet of ‘The Lion King’ on Disney+ Hotstar. 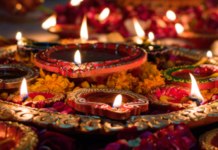