Vishva Hindu Parishad (VHP) General Secretary Milind Parande on Thursday welcomed the Karnataka government’s action against rioters involved in the recent violence in the city and demanded harsh punishment for them.

Parande, on a visit to the city, also appealed to the people to boycott all Chinese goods and expressed hope that the work on Ram temple at Ayodhya would be completed in 2-3 years.

“VHP feels that it is a good thing that the state government of Karnataka has taken strict action against the rioters in the recent Bengaluru riots.

“As many vehicles, houses and national property was destroyed by fire during the riots by a section of Muslim society, we feel that the damages must be paid by the rioters,” Parande was quoted as saying in a VHP press release.

In Delhi and many other places in the country, such senseless violence targeting the Hindu society had been orchestrated by a section of Muslims “deliberately on flimsiest of excuses”, the VHP leader said.

“Thus, such violent tendencies and actions must be punished harshly. Forces and people inciting such violence and supporting it, must also be dealt with harshly,” he added.

Police have arrested hundreds of people in connection with the violence on August 11 night and investigation is on.

The government has moved the high court for appointment of a Claim Commissioner for assessment of damage caused to properties during the violence and recover the cost from the culprits.

The violence in D J Halli and adjoining areas on August 11 night was unleashed by hundreds of people over an inflammatory social media post allegedly put out by P Naveen, a relative of Pulakeshinagar Congress MLA R Akhanda Srinivasa Murthy.

The MLA’s residence and a police station at D J Halli were torched by rioters who also set many police and private vehicles afire and looted the belongings of the legislator and his sister.

Parande said Chinese goods should be boycotted as buying them was as good as strengthening the hands of the “enemy” as he referred to the border skirmish with China recently near Ladakh, in which 20 Indian Soldiers and officers were martyred.

He said the VHP expected that lord Shri Ram Lalla will sit in the sanctum sanctorum of the Ram Janmabhoomi temple in next two to three years.

“If in the next 3-4 months, an appeal is made to make donations for building of the temple by Shri Ram Janmabhoomi Tirtha kshetra Nyas, VHP is committed to support it wholeheartedly with all the strength at its disposal.”

Parande said that during the corona pandemic VHP has served the society and over 1,74,00,000 people have been fed with prepared food and over 40 lakh families have been given dry rations.

RBI extends market trading hours from 10 am to 2 pm... 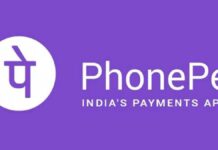 IDEX Legal is back with the 4th edition of LawServ

Delhi elections 2020: No one in BJP is worthy of becoming...