The last flare up between India and China occurred South of Pangong Tso Lake, in this India gained a huge advantage in the South Pangong area.

This clash comes in a very critical time for the India-China relationship. Earlier this year, the Indian Army and People’s Liberation Army of China, had been in a face off in the Galwan Valley. In this clash at least 20 Indian soldiers lost their lives. The PLA is also reported to have also a few soldiers, though they have not released any official information regarding the same.

Since June, after the Galwan clash, the situation between India and China has been tense. The Indian Army Chief, Manoj Mukund Naravane, said that “talks can resolve border row with China”. He added that “the situation along the LAC is slightly tense”.

This comes as no shock to the citizens as the talks of a possible full-scale war have been circulating throughout the country for the last couple of months. The situation between India and China is not tense only in the border region, but also inside India. After the June 14th Galwan Valley clash, the citizens of India displayed their anger against the Chinese army and government. Boycotting chines products became the biggest way, through which, the people though they could help the government and show their support for the Army. This trend was only fueled when the Indian Prime Mister started talking about Self-Reliant Indian, Make in India, and Vocal for Local.

See also  Why Are We Not Drinking Ocean Water Yet?

This need for becoming self-reliant and boycotting of Chinese products has also left the already precarious situation in a worst condition.

The Chinese officials had requested a talk with the Indian Defence Minister, Rajnath Singh, which was earlier said to be only one sided. Later, the defence misters from both the countries had a meeting in Moscow. In this meeting not much was resolved, but China made its stand clear on not wanting to give up an inch of their territory. China had, in June, shifted the border and allegedly moved in to the Indian side.

Both India and China stand firm in their respective stance. US President, Donald Trump, has also time and again said that he is willing to play a mediator between the two countries had help resolve the issue.

The Indian troops are now stationed in the North Himalayan region. India had also moved its troops to its Eastern Stretch of the border in June. The situation in the Arunachal Pradesh border is also very critical. The Chinese have time and again tried to claim Arunachal for themselves, and this was the main region of the 1965 war. Troops were moved to the Eastern district of Anjaw, in Arunachal Pradesh, which China claims as its own. China is also reportedly spending billions to build infrastructure in Tibet.

The Indian Army foiled the PLA’s plan to capture the South Pangong, where the Indian Army has managed to gain subsequent advantage. There has been constant activity in the LAC region. The locals have also reported of an unrest situation. Many, including the Indian Foreign Minister, Subramaniyum Jaishankar, feel that the situation can be resolved through diplomatic talks. But the others still feel that a war is imminent.

The Indian Government has recently banned another 118 Chinese apps, including a youth favourite PUB-G. They had earlier banned 50 Chinese apps which included the billion dollar Tik Tok app. The Chinese Embassy of India had released a statement on the second round of bans saying that they are highly concerned about the bans.

The situations is still and many more talks are underway.

‘Economy is at its robust level and macroeconomics at best’: Sitharaman... 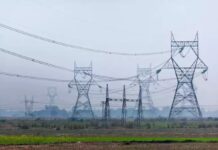 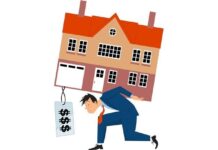 Why is Housing Affordability a huge challenge for Minimum Wage Earners...

Father and Grandfather arrested in Hyderbad, attempting to bury a baby...