Poet Kumar Vishvas on Friday trolled Bhartiya Janata Party leader Shivraj Singh Chauhan and others who had gathered at the party office in Bhopal after senior Congress leader Kamal Nath announced his resignation from the post of Chief Minister of Madhya Pradesh earlier in the day.

Kumar’s jibe at the BJP leaders was with respect to the coronavirus pandemic which has claimed 10,406 lives and infected 253,791 globally.

Meanwhile, the total number of positive cases of COVID-19 in India now stands at 223 (including 32 foreigners), 4 deaths (1 each) in Delhi, Karnataka, Punjab and Maharashtra, told the Ministry of Health and Family Welfare.

BJP leaders were seen distributing sweets at the party office as it is now clear that Shivraj Singh Chouhan will take oath as the Chief Minister of Madhya Pradesh for the fourth time.

See also  'My govt has changed the face of Madhya Pradesh in 15 months': Kamal Nath after announcing resignation

“I can assure you that I will always be in the happiness and sorrow of the people of the state, I will always struggle for your benefit. I hope and believe that I will continue to receive your love – affection – support even further,” he added.BJP leader Shivraj Singh Chouhan and other party leaders arrive at the party office in Bhopal. Sweets were being distributed at the office as it is now clear that Shivraj Singh Chouhan will take oath as the Chief Minister of Madhya Pradesh for the fourth time.

See also  9 baje 9 minutes in pics and videos: How Indians lit their diyas and candles 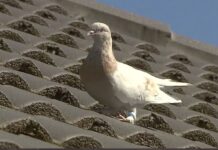 Neither offered to step down nor asked to resign after poll...